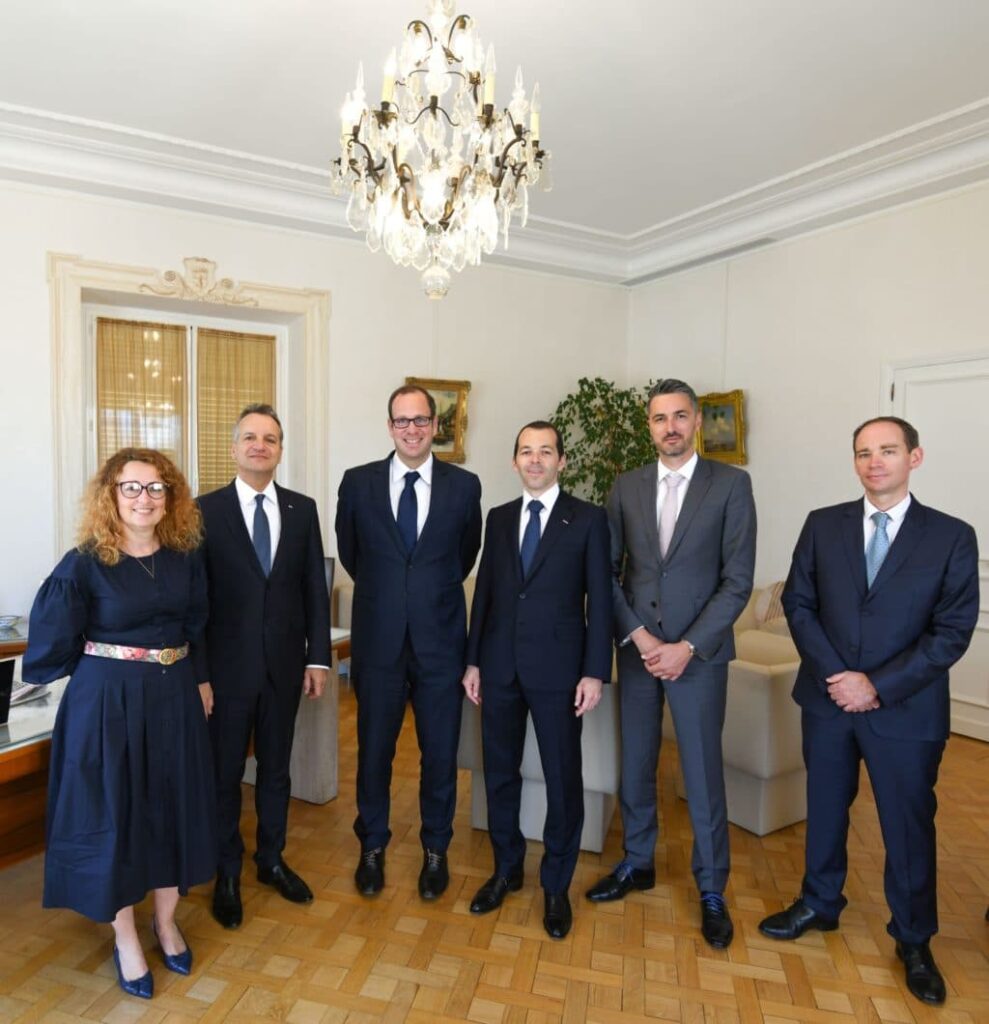 On May 15th, Mayor Georges Marsan and Nicolas Croesi, Deputy Mayor in charge of the Digital Transition, welcomed Frédéric Genta, Interministerial Delegate in-charge of the Digital Transition of the Principality of Monaco. To discuss the projects in development and confirm synergies between the Monaco City Hall and the Prince’s Government in this area.

The digital transition in which the Principality is fully committed, with the ambitious Extended Monaco program, is one of the main priorities of the Communal Council for the mandate that has just begun, as evidenced by the appointment of an elected representative this subject in the person of Nicolas Croesi.

The digital transition is a profound and global evolution of society. New digital tools also involve real lifestyle changes. Also, the Town Hall, as a local institution serving the Monegasque population, is part of this approach by initiating itself several projects. And also by actively participating in the policy of the Government of Monaco to make Monaco a Smart Principality.

During their discussions, Georges Marsan, Nicolas Croesi and Frederic Genta spoke about the upcoming implementation of the digital identity of which the City Council is one of the major players and which will be the basis for the deployment of many e-services.

In addition, Nicolas Croesi said: “Our goal is for the digital transition to provide concrete services to the population in order to simplify their procedures and their daily lives. And also to bring significant benefits in terms of savings and savings respect for the environment, in particular by limiting the use of paper.”

The Town Hall has also affirmed its willingness to support the population in this digital transition, especially seniors and the associative world, for example, by organizing workshops and conferences.

Finally, various municipal projects under study were mentioned, and among them, the continuation of the modernization of the parking lot timed (smart parking), with the connection of parking meters and the dematerialization of tickets.