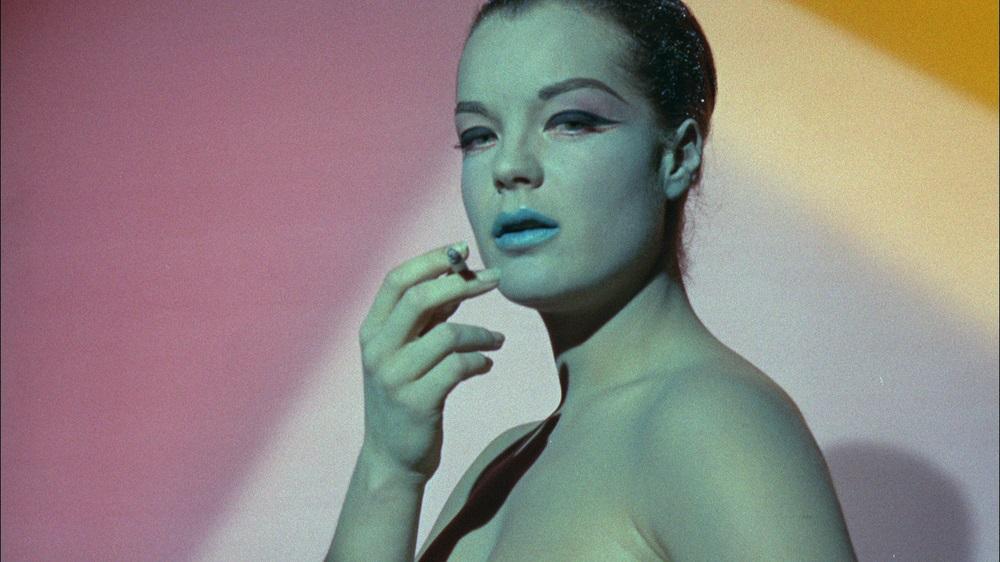 From 1960-1970, a small revolution occurred during this decade – the encounter between cinema and avant-garde art, kinetic art or Op Art. It is this dialogue between the two genres that Mamac retraces, “The Devil in the Body – When Op Art Electrifies Cinema”.

Born from the will of artists to bring art into the street, to reach the widest possible audiences with simple geometric shapes, slightly biased games of perception, and inviting people to take part in experiments, Op mania has spread like wildfire from Europe to the United States.

VERY QUICKLY, THE FASHION SEIZES IT

Vogue has his models in Op dresses in front of works of this movement, Paco Rabanne launched in 1966 his first “importable dresses”, whose ambassadress are Brigitte Bardot and Jane Birkin.

Jean-Claude Averty uses for his emission funds like Dim, dam, dom, the motives of Vasarely.

On the cinema side, Claude Lelouch asked Nicolas Schöffer to produce, for the end of his film The Clean Man, in 1961, an abstract sequence based on his sculptures.

William Klein, for his film-satire of the fashion world Who are you, Polly Maggoo, in 1966, asked the Baschet brothers to make 15 dresses-sculptures.

As for Clouzot, he collaborated with very prominent artists to include in the filming of his film The Prisoner, in 1968, a real exhibition, with vernissage and cards of invitations for the public.

Truffaut films the movement of speed through the prism of the young Antoine Doinel (who has The Devil in his body!) Testing a circular carousel at the Throne Fair.

While Lautner openly mocks kinetic art, especially Calder, in The Eye of the Eyeglass in 1962, via Audiard’s dialogues.

Installations to be tested on-site, proofreading of cinema classics or sequences like the sublime essays of L’Enfer de Clouzot, in 1964, with Romy Schneider unsettling to perfection, Op Art captivates us!

The Devil in the Body – When Op Art electrifies the cinema.

At the Museum of Modern and Contemporary Art in Nice.