The route of the Tour de France 2020 starting from Nice The route of the Tour de France 2020 was unveiled this Tuesday afternoon at the Palais des Congrès in Paris.

After the first two stages already known around Nice (Saturday 27 June, Sunday 28), the Grande Boucle will leave Nice from the Allianz Riviera to join Sisteron, via the Var valley.

The next day, the city of Alpes-de-Haute-Provence will be the starting city for a new mountainous stage in the direction of Orcières-Merlette.

It will not be the time of the Alps, since the peloton will take the direction of the Pyrenees, before going up the west of France, with a hook by the islands of Oléron and Ré.

The sequel will still be very full-bodied, with a passage through the Massif Central and the Alps, before finishing the day before the arrival in Paris by a lapel at the Planches des belles filles, the only one of this Tour.

Present Tuesday in Paris, the mayor of Nice Christian Estrosi hailed in the Tour “the most beautiful postcard alive in France in the world”.

“The start of the Tour will be three days of celebration,” he promised while emphasizing the Tour’s interest in promoting virtuous environmental practices and cycling. 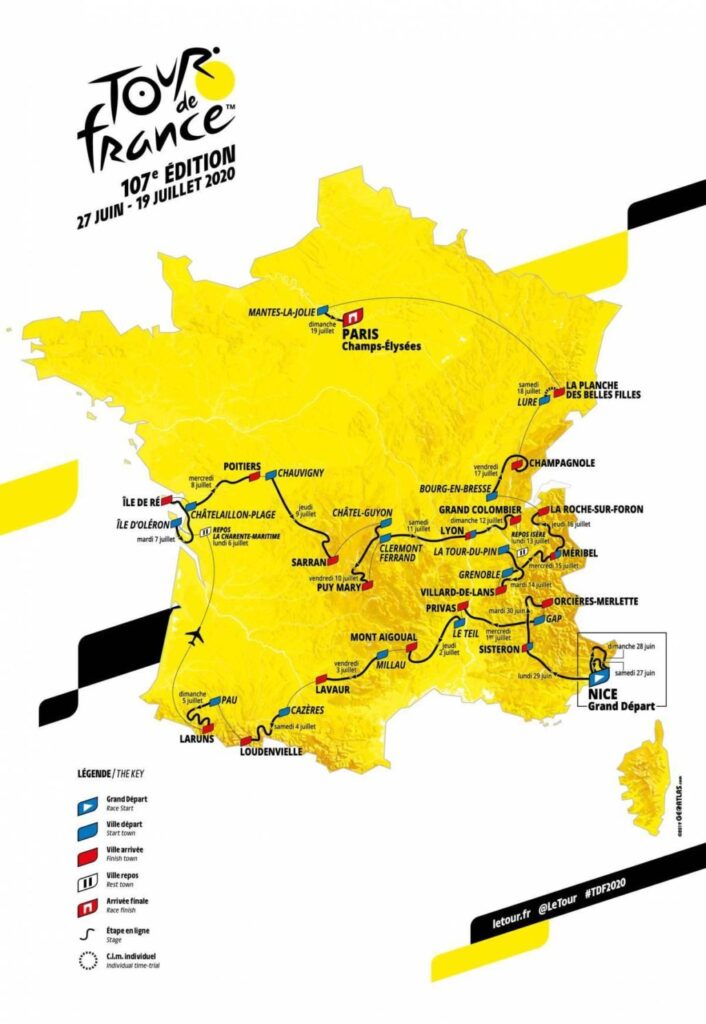