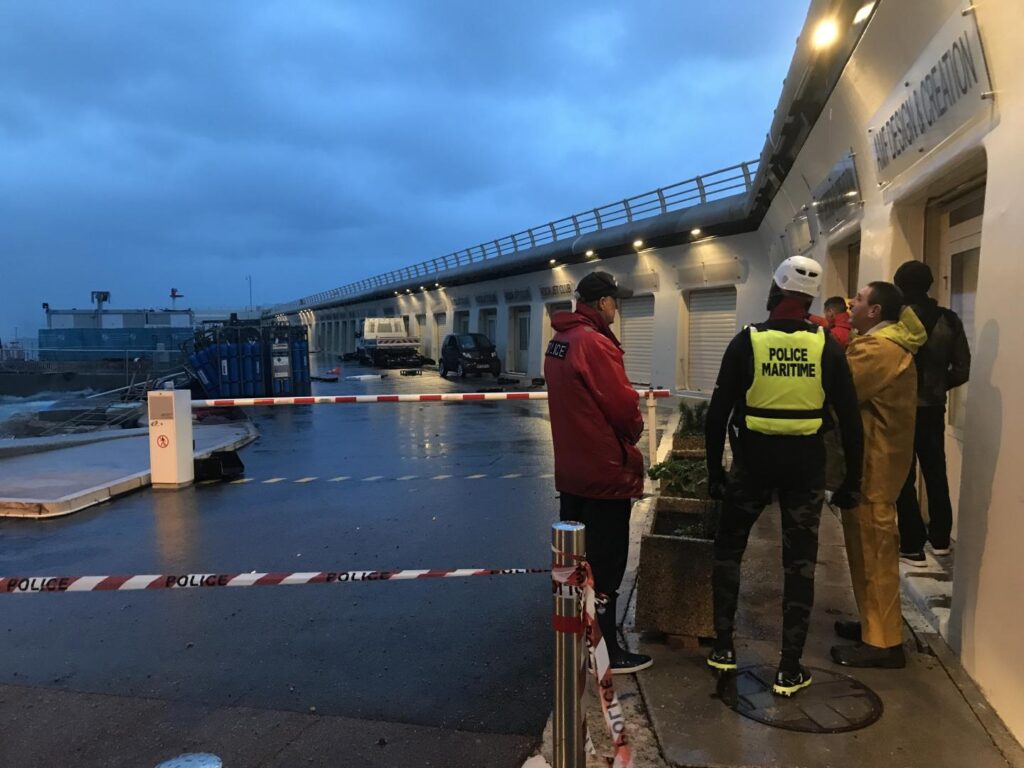 Since 4pm yesterday, the Monaco fire brigade, supported by their colleagues from the Public Security, have been evacuating 17 people, customers and employees, confined in the restaurant “Les Perles de Monte-Carlo”, located at the end of the Fontvieille dike. At 6pm, operations had to be interrupted due to the force of the waves. Nine people were still blocked.

Waves several metres high have been hitting the Fontvieille dike in Monaco since the beginning of the afternoon of this Saturday. After one of them caused the fall of a woman participating in the No Finish Line, causing her serious injury (those days would no longer be in danger, fortunately), the heavy swell totally isolated a restaurant in Fontvieille.

At around 4pm, orders were given to confine customers and staff. Public Security police officers joined them on the spot and prohibited them from leaving the restaurant on their own. Too dangerous. Walking on the dike, with such waves, was dangerous, a wave threatening to carry them away at any time.

THE NO FINISH LINE DEFINITIVELY STOPPED

For an hour, it was the fire brigade who evacuated, one by one, the shipwrecked people from this restaurant in the Principality. But around 5pm, a wave moved a container that found itself in the middle of the dike.

It then became impossible to continue the evacuation operations, which were, therefore, interrupted, until another solution could be found to pull the nine people still in the restaurant, staff and police officers, out of there.

In addition, the No Finish Line was definitively stopped at 17:05. The tent at Fontvieille has been opened and will remain open all night long, in order to allow riders who would be unable to return home because of the road conditions to spend the night there.