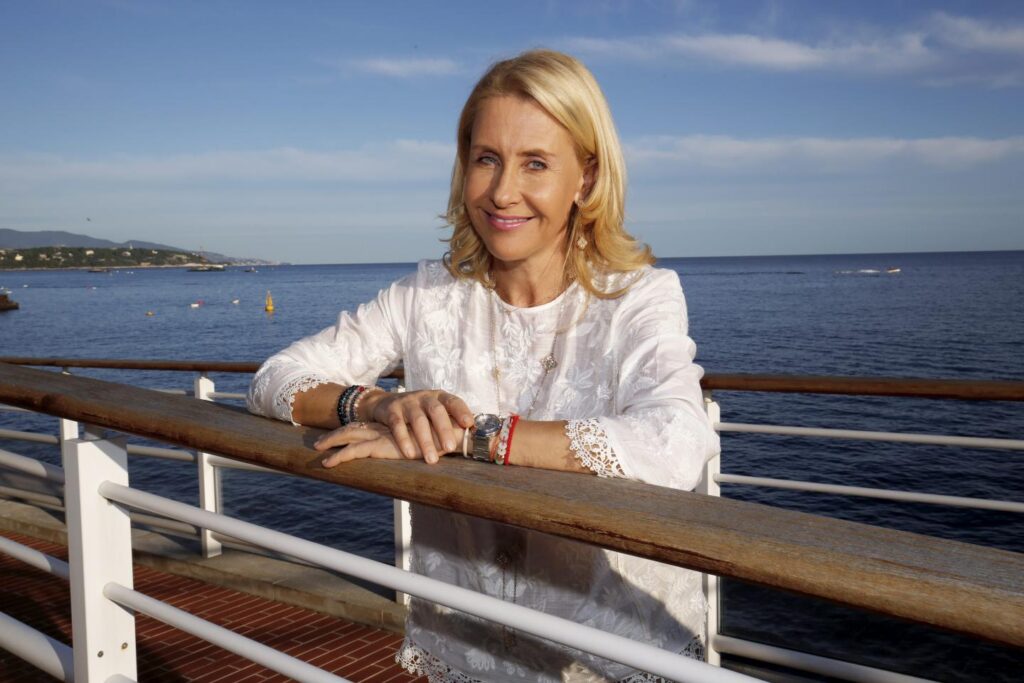 Irina Peterson will be the only woman from Monaco to join a scientific expedition that will travel all over the world to better understand the challenges of plastic pollution.

30 trips over two years. 300 women in total. Among them a resident of Monaco: Irina Peterson. An ambitious 47-year-old entrepreneur who is currently preparing to join the eXXpedition. A scientific trip around the world with an exclusively female crew.

“I applied and the recruitment process took 5 months. There was a psychological assessment, a personality test, and also motivation tests. It was very thorough,” she confides.

TO THE GALAPAGOS TO STUDY TURTLES

The expedition around the world is divided into stages. Irina chose to travel between Galapagos and Easter Island. She will join the Galapagos at the beginning of February 2020 for a first adventure: “I am lucky enough to be received free of charge by the Galapagos Safari Camp, to be able to help the members of the Charles Darwin Foundation, who have a partnership with the Prince Albert II Foundation, and who work on-site with turtles. They are studying the impact of plastics on their health.”

On 15 February, she will embark at the port of San Cristobal de Galapagos, heading for the island of giant statues. What motivates a dynamic entrepreneur to invest in such a program? Environmental protection, of course. But above all, there is something more intimate.

“Since I was a little girl, I learned to love the ocean. The little girl I was, who grew up in communist Romania, only managed to escape on Sunday mornings, when she saw Professor Jacques-Yves Cousteau’s show. The television was in black and white, but I saw the colour images anyway. Today, I would like to pass on what I will discover, perhaps to inspire other children to dream and pass on my love of the oceans.”

To do this, she plans to make a documentary film about her expedition.

It, therefore, created its Ocean Amazon programme, with four objectives:

Ambitious objectives for which Irina wants to make things clear: “I don’t want anyone to think I’m giving lessons. I don’t pretend to be perfect. Like everyone else, I sometimes throw food whose date has passed in the refrigerator, I own a car that is neither new nor electric, I still buy things packed in single-use plastic when I shop, for convenience and lack of immediate choice. I eat meat and I like it, although I try to limit my consumption and source it responsibly. So I am an imperfect activist. But I am learning and I promise to keep doing my best! I learn to forgive myself every time I fail and to recognize my deep imperfections. And I recommend everyone to do the same! Let us never point fingers at each other for what we do wrong! Instead, let’s celebrate every positive step we take to take care of our environment.”

For its Ocean Amazon program, it has chosen a particular logo: “It represents a vaquita (commonly known as a Pacific porpoise). A marine mammal that resembles the dolphin and of which only about ten specimens remain in the world. It’s the most threatened animal on the planet, and people need to know that.”

To participate in the adventure, Irina must find funding for her trip, her film, and the protection of the vaquita. It has therefore set itself a target of 100,000 euros. 30% will go to the protection of vaquitas, the Galapagos Environmental Fund and the eXXpedition mission, 32% will be used to pay for travel, accommodation and carbon offsetting, and 38% will be dedicated to documentary projects and media coverage. Ocean Amazone has already attracted the interest of several sponsors thanks to a private conference it was able to give at the Monaco Yacht Club. But Irina Peterson is still looking for funding.

It is an adventure that carries in its DNA the chromosomes of femininity. The eXXpedition is the epic story of 300 women from all over the world who will travel the world’s seas.

Why women? “Mainly because the disruptive effects of plastics on the human body affect women first and foremost, but also because women are under-represented in the world of science and navigation,” explains Irina Peterson, one of the 300 participants living in Monaco.

The scientific program is led by Winnie Courtene-Jones, PhD (PhD, ed.), and scientific leader of the eXXpedition, and a world-renowned reference in the field of microplastics. The objective of the mission is to collect as many samples and information as possible to develop more global knowledge of plastic pollution and its effects on the environment and health.

To do this, eXXpedition teams will board the SV Traveledge, “a ship specially designed to sail in all conditions and on all the seas of the globe,” according to their website. We learn that the British navy had already used it during an expedition to Antarctica in 2001-2002.

This remarkable boat left Plymouth, England on October 7 and appears to be on a journey at least until April 2021.