“Damnation of Faust”: another concert this Tuesday night 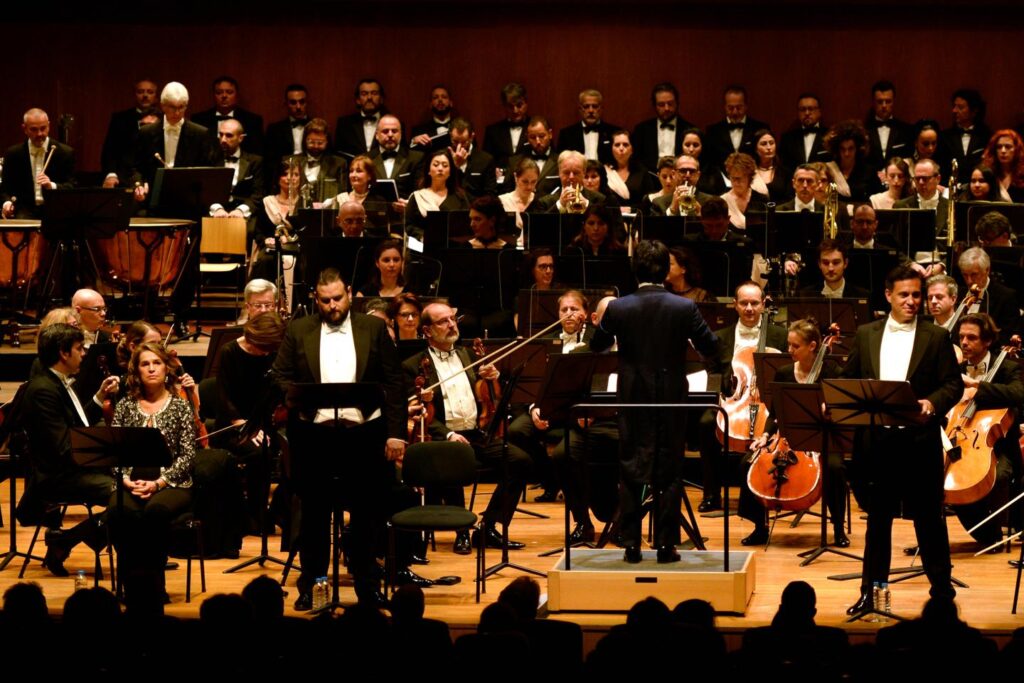 Berlioz’s opera was performed yesterday in concert with one of the best Mephisto in the world, Uruguayan Erwin Schrott.

Suddenly, the devil came. And the concert got carried away. Fantastic is a term that suits the work by Berlioz (author of the “Symphonie Fantastique”)!

The devil was the Uruguayan baritone, Erwin Schrott. He is one of the best current interpreters of Mephisto in the world. As soon as he arrived, in the middle of the first act of the work, he put the audience and the music in a trance. The room trembled.

From the back of the stage, the magnificent Opera Choir clamoured. Sometimes Erwin Schrott would turn to him, urging him. From one end of the stage to the other, a giant dialogue was established between the choir and the devil.

IT’S THE END OF THE “BERLIOZ YEAR”

Between the two-the choir and the devil-the Philharmonic Orchestra was unleashed in Dantean crescendos, in percussion rolls, in cymbal blows, inflaming brass bands, in satanic bowlines.

Chief Kazuki Yamada had an eye for everything, mastering the changes in tempo perfectly, giving himself a break in the middle of the storm. The devil may have been at his side, but he was still the master of time!

Apart from Mephisto, there are, of course, two other main soloists in the “Damnation of Faust”: Marguerite and… Faust. The first one was performed by one of our best French sopranos, Sophie Koch. This ardent woman sang admirably to the air of the “Burning Flame”.

Faust was performed by tenor Jean-François Borras. Unlike his partners, he sang his role for the first time. This child from Monaco, who grew up and studied in the Principality before being propelled on the greatest stages in the world, moved us.

This tenor with a beautiful timbre has launched all his strength into this role that he still has to roam and to which he must give momentum. He has everything to convince. He was at the heart of a concert that will not be forgotten for some time to come, which marked the end of the “Berlioz Year” in Monaco (celebration of the 150th anniversary of the composer’s death). A devil’s concert!