No longer behind a wheel since his departure from Jackie Chan DC Racing, Monaco’s racing driver Stéphane Richelmi, 29, talks about his last season and his ambitions. Richelmi hopes to quickly get back to racing, preferably in Endurance, or in another discipline.

He is beginning to miss the smell of rubber. Since last June and the end of his contract with Jackie Chan DC Racing, Stéphane Richelmi has once again returned to business management. He is now working with Monégasque 2 Construction, a construction company he co-founded in 2013 with Anthony Hermenier. He is now in touch with several car manufacturers for the coming season. Richelmi is eager to make a comeback in Endurance or elsewhere.

Stéphane, how would you sum up the past season?

I’ve taken some positive things from it, it’s always difficult to accept when you arrive at the finish line and loose. Honestly, we were the fastest on the track almost every time throughout the season. But we had a lot of problems that cost us a lot of points over our rivals. In at least six races we were ahead of Alpine. But they managed to take advantage of our mechanical problems to win the championship. In the 24 Hours of Le Mans, we fought almost to the end for victory, but we lost a lot of time on a puncture. That was to Alpine’s advantage. Whoever finished in front of the other was the world champion. Unfortunately, it didn’t work to our advantage.

What are your goals this year?

The Chinese team I was in (Jackie Chan DC Racing, editor’s note) lost a big sponsor and needed money. They preferred to rely on a former Formula One driver, Will Stevens, who provided financial support, so I found myself without a car. Since then, I’ve done a few rallies in the area, including the Rallye du Haut Pays Niçois at the wheel of a Skoda Fabia R5. At the moment, I’m talking to a few factory teams. My priority is Endurance, even if it’s complicated. That’s where I’ve been putting my best foot forward for several seasons now. I’d like to get a chance in a top team. I still have a few good years ahead of me.

Do you regret not having continued with Alpine, where you enjoyed an exceptional 2016 season with victory at Le Mans and a WEC title in the LMP2 class?

It was the same problem at Alpine. They needed money despite Renault’s support. If nobody’s willing to put money on the table for you, it becomes complicated to stay. It was also difficult for me to find a place among drivers like Gustavo Menezes, now with Rebellion, and Nicolas Lapierre, who was one of the most brilliant French drivers. It is difficult to show yourself in Endurance performing individually. Maybe I should’ve sometimes played it more “personal”.

Are you disappointed not to have joined a top team, in LMP1, after this extraordinary season in LMP2?

I should’ve insisted more, as do some drivers who don’t give up, who don’t hesitate to push to join top teams. Basically, it’s a bit of a headache for me, but I try not to think about it too much. I’m regularly in contact with sports car manufacturers, but every time I do, they say they want to sign me, but they need a little more budget. But I’ve always rode among the best in LMP2. But that’s part of the game. I’m not going feel sorry for myself. 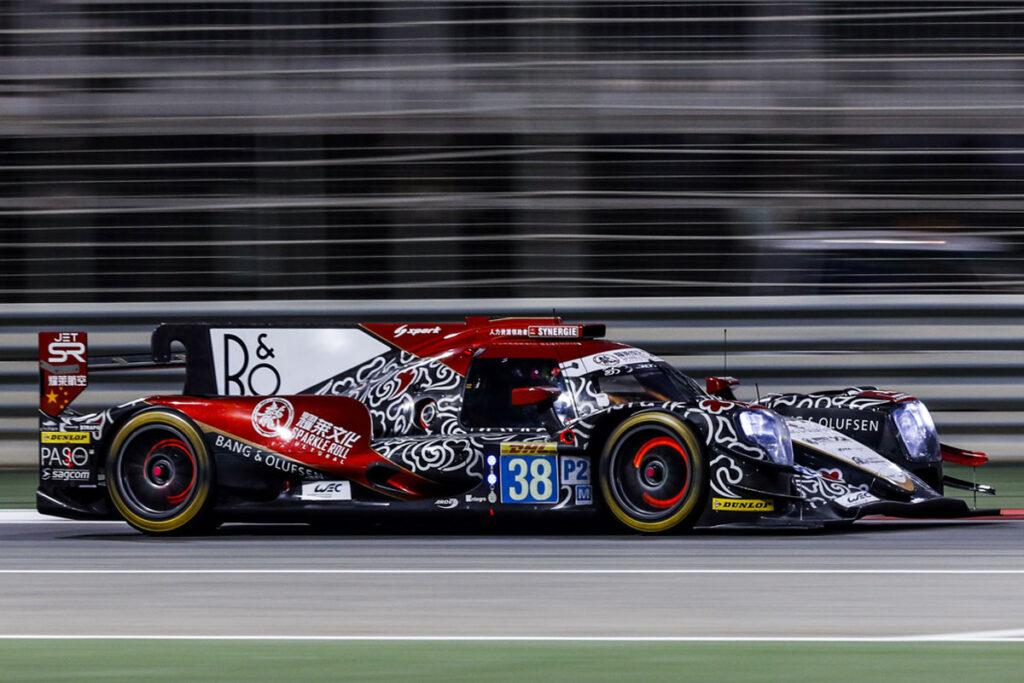 You’ve been in several disciplines (GP2, Blancpain Series, Rally). Is Endurance still the one in which you feel best?

In any case, today, apart from Formula E, there are few opportunities in single-seater racing. Endurance suits me because it hides my faults, which are the standing starts and overtaking. When I was younger, I used to have difficulty with making contact. I didn’t like taking too many risks. And in sprint races, if you don’t overtake, you don’t make progress. The thing that suits me the best is tire management. And in Endurance, it’s all there. In fact, I was often asked to manage the tyres, being always left with qualifying tyres.

Peugeot will return to Endurance in 2022. Is that a goal?

I find it hard to tell myself that they will trust someone who hasn’t driven for some time. There are also younger drivers competing for places. I need to do at least one programme, a full season, to show myself. If I don’t find a place in Endurance, I’ll consider riding in a less interesting championship, with less media coverage, but which will allow me to maintain the momentum.