Exclusive interview: AS Monaco’s Martin Djetou on his past, present and future 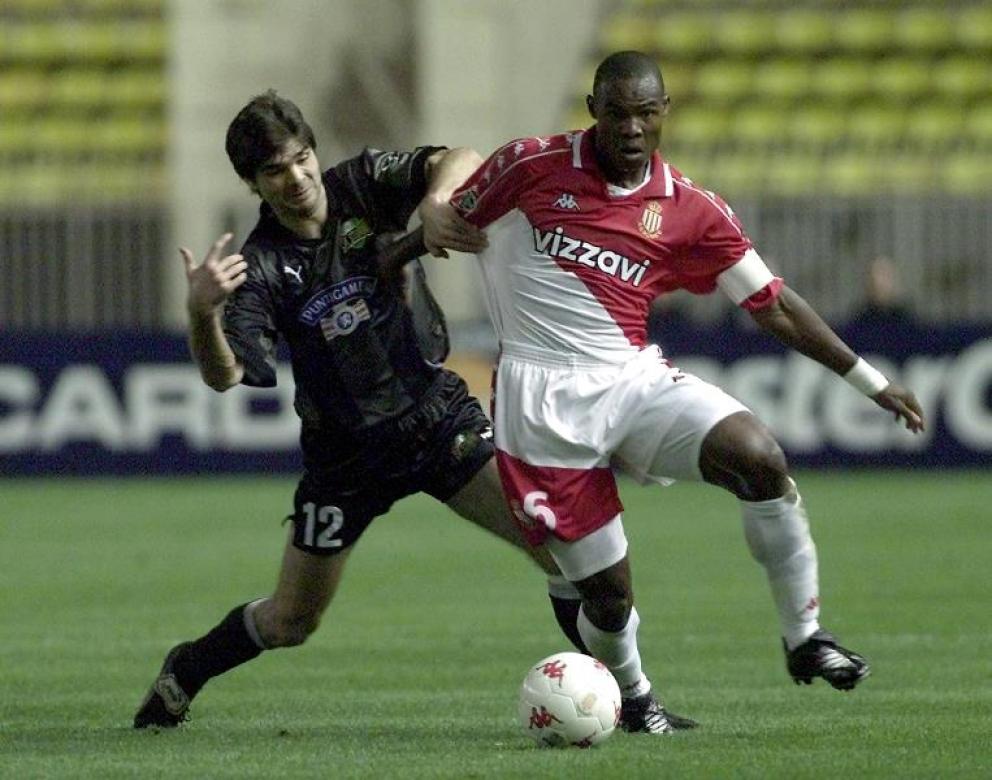 Former Monegasque Martin Djetou took a walk down memory lane by revealing that the 1999–2000 Ligue 1 title was the pinnacle of his AS Monaco career.

Djetou spent five years in the Principality between 1996 and 2001 and was an unsung hero in a star-studded Monaco side which boasted the likes of international superstars such as World Champions David Trezeguet, Fabien Barthez and Argentina hotshot Marcelo Gallardo to name but a few.

Signed in 1996 from Racing Club Strasbourg to fill the boots of FC Parma-bound Lilian Thuram, before he himself took the same Italian road five years later, Djetou never shirked the pressure and etched his name in the history books of the club courtesy of his professionalism, talent, success and work ethic.

The name Djetou still generates a lot of affection at the Stade Louis II today as fans recall his tenacity, aerial prowess and mental toughness in difficult moments.

This year marks the 20th anniversary of Monaco’s historic win and the now 45-year, who was an undisputed pillar of that team, said that he still has fond recollections of what he and his former coequipiers pulled off at the turn of the millennium.

“I became Champion of France twice with AS Monaco, the first one dating back to 1997 but the most important one was the ‘Millennium Title’ in 2000”, he said with a beaming smile on his face.

“That one was special and I really appreciated it very much. Despite it now being 20 years it still has a special place in my heart and there are things that I still keep with me such as the great relationship I had with the members of that squad.”

If on the pitch the squad appeared to take French football by storm by outclassing the opponents and scoring goals for fun as they finished on top of the Championnat de France  ahead of Paris Saint-Germain and Olympique Lyonnais despite the injurious departure of talisman Thierry Henry’s to Juventus in January 1999, off the pitch they were no different.

The pressure that came with leading the league table by Christmas with the second part of the season yet to be played, did not split the camp however. This was a tight-knit bunch of hungry players. Nothing and nobody could held them back from going all the way.

“We are still in touch from time to time. I regularly speak to Ludovic Giuly, Dado Prso, Bruno Irles, Eloi Wagneau and Manu Dos Santos. Barthez? He is now a racing driver so I only see him when we organise something with the other members of France 1998, otherwise I am no longer in touch with him”, said Djetou.

Within France football there is a long-held view that Paris Saint Germain’s national dominance is doing the competition no good and Djetou supports that argument.

Despite breaking a 17-year old hoodoo three years ago, Monaco only sporadically give PSG a run for their money and Djetou hopes things will change.

“I really can’t tell why Ligue 1 is so unappealing for football fans all over the world. I think that in order for it to become interesting again we need AS Monaco back to the top. My former club has struggled a lot in recent years but I believe that little by little they are coming back and it would be a great thing for Ligue 1 if that is happening.

But not just Monaco, I hope that other big clubs such as Nantes, Bordeaux and Marseille climb the ladder again to make French football not only a great talent factory but also a great division to watch.”

Djetou hung up his boots in 2007 and admitted ‘to missing football enormously’ as time stands still for no man.

These days he is the assistant manager of Racing Club de Strasbourg’s under 17 Nationaux and under 18 Regionaux as he is setting his sights on becoming a high-profile manager himself one day.

When asked if he is modelling his game on anyone in particular he named Claude Puel, his former title-winning manager in the Principality who has a ‘Spanish philosophy’ consisting of short passing and quick movement.

“Honestly I haven’t really one manager that I look up to because you can learn something from every manager. It’s important to be open-minded because every manager has something interesting and unique about his way of coaching that you can pick up”, he said.

Before he added: “But if I have to pick out someone I’ll say Claude Puel. My former Monaco boss did a fantastic job in Nice and in the Premier League. In midfield he often combines physicality and creativity and this is also how I see football.

“I place great emphasis on technical quality, such as working the ball through various channels, passing the ball often and quickly and controlling the game, all while telling my players to use their head to think.”

Living in the Principality of Monaco

The Principality of Monaco, synonymous with elegance and glamour, is home to the legendary Montecarlo Casino, Café de Paris and luxurious yachts. It’s a multi-millionaire place where people like to see and be seen.

“How it is to live in Monaco? It depends on each person individually, it might not be everyone’s cup of tea and talking of myself I have always been a home-loving person”, he admitted.

Yet despite no longer living on the French Riviera as he decided to settle down in Alsace following the end of his playing career, Djetou spoke in glowing terms of Montecarlo as he praised its paramount safety and sunny weather conditions.

“Me personally I adore Monaco because it’s always sunny, the place is really glamorous and it’s one of the safest countries in the world.

I still visit it on occasion as I have many friends there and when I am there I always enjoy myself. But on the other hand maybe I couldn’t live there all the time.”

Interviewed and written by: Alessandro Schiavone