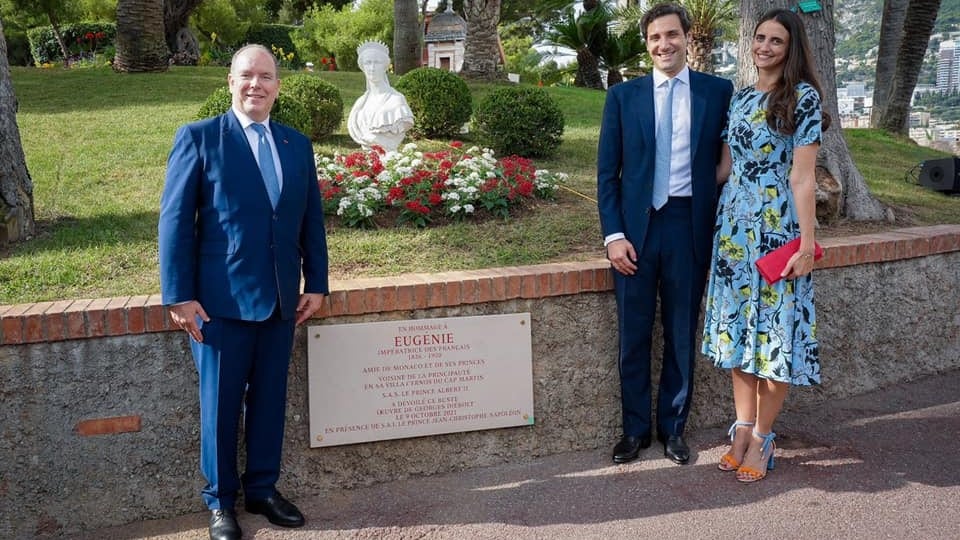 The empress’s eyes are fastened on Cape Martin, where her winter residence is located.

A new work decorates the gardens of the Rock! A sculpture representing the bust of the Empress Eugénie, wife of Napoleon III, was inaugurated on Saturday 9 October. The day was enlivened by commemorations for the centenary of the death of the Empress (1920), but also that of Prince Albert I (1922), to whom she was close.

A friend to the Principality

The choice of location was not left to chance: the Empress’s gaze is directed towards Cap Martin and more precisely to the Villa Cyrnos, her winter residence.

History lovers were able to satisfy their curiosity with lectures given during the day by academics and researchers in the Salle Garnier. These covered the friendly relations between the Empress and the Principality of Prince Albert I.