Raimu and Pagnol honored on stage in Monaco! 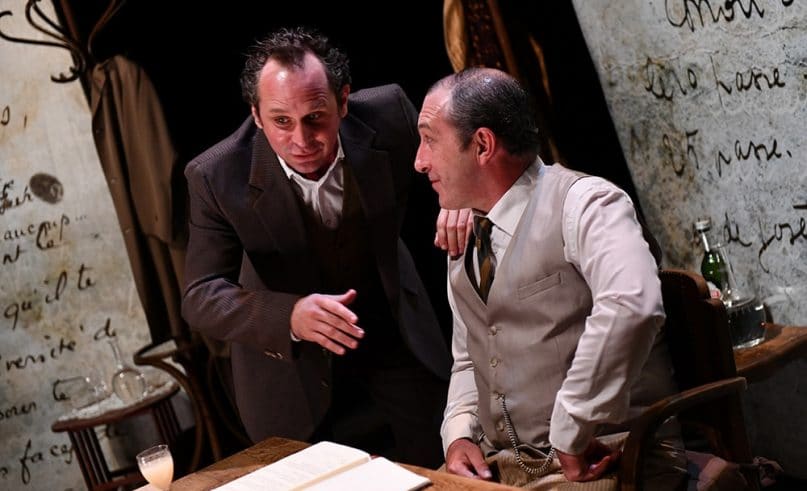 © Raimu and Pagnol honored on stage in Monaco!

From May 16 to 19, at the Théâtre des Muses, Jules Muraire, aka Raimu and Marcel Pagnol, will come back to life for the play Jules et Marcel, directed by Nicolas Pagnol. A chance to rediscover a relationship like no other built on artistry and complicity.

It is impossible to dissociate the Toulon actor Raimu from the director and writer from Auvergne, Marcel Pagnol. The two Provençal artists met in Paris and worked together for the first time in 1929, taking on the play Marius. Their collaboration was heralded as a triumph and marked the beginning of an unfailing friendship and artistic symbiosis, which lasted until the actor’s death in 1946. Together, they created plays and films that would inscribe their names in the Hall of Cinema and Theater. Pagnol wrote tailor-made roles for Raimu, from Fanny in 1935 to The Well-Digger’s Daughter in 1940, through César or La Femme du Boulanger. Above all, the two men wrote to each other whenever they found themselves working on projects separately.

From letters to the stage

The letters between the two artists were later discovered by Marcel’s grandson, Nicolas Pagnol. Inspired by the correspondence between the two men who both spoke openly about their occasional fears and mutual admiration, he created a show. Jules and Marcel present two colorful and colorful characters, played by Christian Guérin and Frédéric Achard, who bring the two artists back to life with talent, humor, and emotion. A play that can be enjoyed at the Théâtre des Muses, before its stopover at the next Festival d’Avignon.