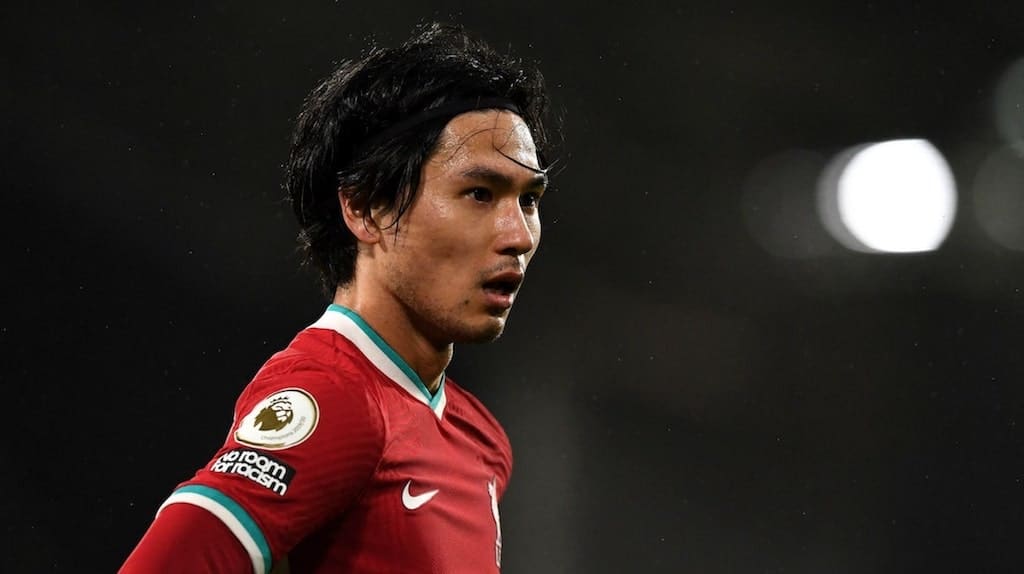 AS Monaco have secured the services of Japanese attacker Takumi Minamino, with him joining the club for €18 from Liverpool.

Desperate for more regular first-team action after struggling to cement his place due to heavy competition for places in the Reds’ stacked offensive ranks, signing for Monaco offers Minamino an ideal chance to truly stamp his mark again.

Despite being stuck behind the likes of Mohamed Salah, Sadio Mane, Diogo Jota, Luis Diaz and Roberto Firmino in Liverpool’s star studded pecking order, he impressively still scored 14 goals in his 55 Liverpool games.

Even if his time on Merseyside wasn’t what he’d hoped for on an individual level, the exciting dynamo leaves Liverpool having won a Premier League title, an FA Cup and a League Cup.

Getting especially frustrated at his situation last season, the former Red Bull Salzburg star knew he had to leave to get his career back on track and to regain his happiness. “Many of the games I played weren’t of interest to anyone,” said Minamino.

“Aside from the team results, there wasn’t much to be happy with. I was trying to inspire myself to prove my worth. I was doing personal training other than team training. I was thinking that I would leave something behind when I went to the match mentally. I felt motivated by regret and anger every day. I’ve never had this much down time as a player. It was difficult to maintain the condition and connect with my feelings.

“But it was a season that seemed to have grown. It was disappointing but fulfilling. At the same time, it makes sense to play an important game and get a result, so it is said that I got out and got a result, but I do not think it was a big deal. I want to do my best to be a player who can produce results in important games.”

Set to be an integral figure in Philippe Clement’s attacking plans, the Japanese international, who can play as a striker, out wide or as an attacking midfielder, will give his manager plenty of tactical flexibility as to how best to use him.

No matter where he plays, his movement and ability to exploit gaps in front of, in behind and between backlines ensures he’s a nuisance for defenders.

Alert to gaps between defenders, when trackers are dealing with other marking assignments or when they’re caught ball watching, he gets going to give the ball holder an option while stretching the opposition backline vertically.

Timing, angling and directing his bursts masterfully in behind, down the channels and into the area enables him to get vital separation so foes can’t impede his runs. In addition, how he uses double movements, stop gos and zig zags to break free from adversaries enhances his menace.

When drifting wider or into the half spaces, his blindside runs into the box compound issues for defenders, with the examples below demonstrating how effectively he uses his dynamic advantage and smarts to find room as the defence is focusing on the ball.

His capacity to take stock off his surroundings to take advantage of vacant spaces means he’s proficient at dropping deep between the lines and into the half spaces, plus when helping form overloads to connect play.

Choosing wisely when to check towards the ball not only allows him to knit together moves and link midfield and attack, but it also places doubt in the minds of defenders whether they should follow him or stay put.

As a result of his clever movement and positioning, it’s little wonder Minamino gets himself into dangerous scoring positions to use his quality finishing. Instinctive and clinical even though he’s not an out-and-out striker, he can find the back of the net in a variety of ways.

Confident and quick to get his shots off, this means he can score using power, finesse, placement and using his sharp reactions. Be it unleashing venomous volleys, opening his body to place his efforts into the corners, coolly beating the keeper in 1v1s, prodding home rebounds or first time finishes or lifting the ball over the keeper, he boasts an impressive repertoire of ways to hit the target. The below graphics illustrate this aptly.

Moreover, upon comparing him with Monaco star Kevin Volland using the Wyscout table underneath, it’s intriguing to see how he holds the ascendancy over the German in terms of goals per 90, shots p90, goal conversion rate and touches inside the box.

Such a handful on the dribble too, his razor sharp close control and first touch, in combination with his lower body strength, blistering acceleration and low centre of gravity, mean he’s difficult to keep tabs on.

Press resistant and excellent at withstanding pressure using his balance, his aptitude with the ball at his feet helps him maintain possession soundly while waiting for an option and allows him to breeze by foes using whirring twists and turns, crafty feints, neat shimmies and with shrewd alterations in pace and direction.

Minamino’s offensive armoury is further enhanced by his creative and progressive passing that sees him break the lines, oblige runners and combine with his fellow attackers.

Reading the play astutely and always keeping an eye out for teammates in or about to venture into promising areas, he crucially has the execution to pinpoint his targets. As a result, he can then tailor his deliveries in the form of measured through balls on the ground and in the air, precise cutbacks and crosses and via some crisp one touch flicks and interplay to destabilise backlines.

Weighing up coherently when to go for the expansive option or when to keep things simple, his judgement and decision making serves him well more often than not.

Possessing that coveted ability to both create and score, which is additionally underlined by the 64 goals and 44 assists he registered during his 199 games for RB Salzburg, he’s certainly a great addition for this exciting Monaco side.

Having worked under the likes of Jesse Marsch at Salzburg and Jurgen Klopp at Liverpool, two coaches who are masters at implementing pressing schemes and ask so much of their players on the defensive end, this is an area he also excels in.

Nicely versed in pressing mechanics, when to respond to triggers and how to use his cover shadow to block passing lanes behind him, this should see the disciplined, hard working attacker contribute exceptionally in this phase. Indeed, the Wyscout table below illustrates his stopping prowess, for he has the upper hand on Volland in many key metrics.

Set to complement Monaco’s already excellent offensive ranks and adding some vital depth and quality to change games both as a starter or from the bench, Minamino’s set to bring so much upside to the Red and Whites.

Arriving at Les Monegasques with plenty of high level experience, in the prime of his career and eager to recapture his best form, the multifaceted 27-year-old is a very shrewd signing indeed by Paul Mitchell and his recruitment team.