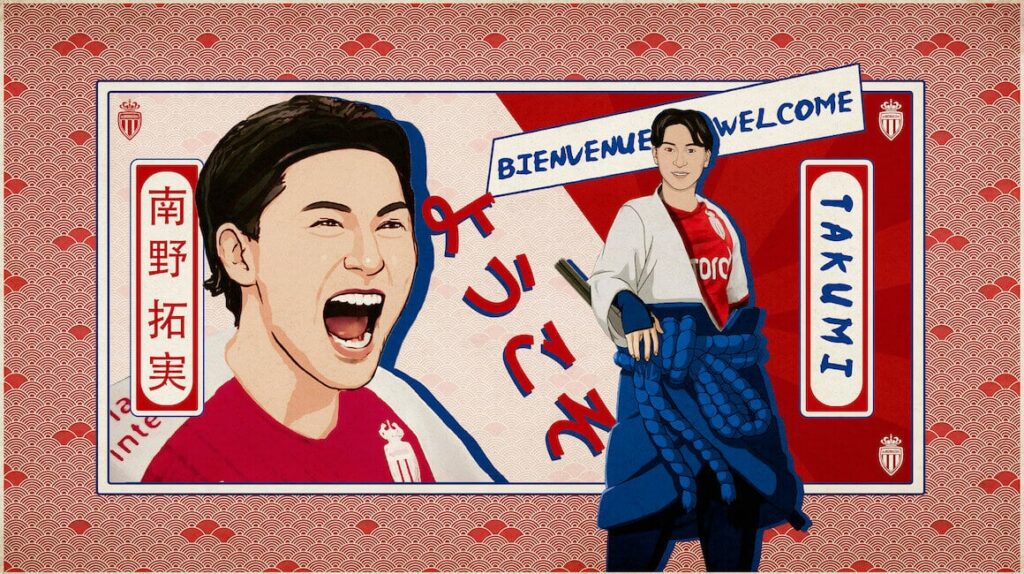 AS Monaco have completed the signing of exciting Japanese international Takumi Minamino from Liverpool in an €18 million deal.

Capable of playing anywhere across the frontline, this versatility importantly gives manager Philippe Clement many ways to use him depending on the opponent or the state of the game.

While he enjoyed his time with Liverpool and still bagged an impressive 14 goals in 55 appearances, Minamino’s lack of gametime meant he was ready to search for pastures new to breathe life back into his career.

Moving to Monaco offers him the perfect opportunity to do just that, with the man who idolises Fernando Torres and David Villa clearly delighted about the move. “It is a great joy for me to join AS Monaco. I am very happy to be part of this very exciting project, at a club with a great tradition and among the most recognised in Ligue 1. I’m looking forward to discovering my new environment and doing everything I can to help the team,” he gleamed.

Paul Mitchell, Monaco’s Sporting Director, then expressed his happiness on signing the 27-year-old, stating: “We are very pleased and excited to welcome Takumi to AS Monaco. He is a player we have known for many years and since his arrival in Europe, he has gained experience at the highest level, particularly in European competitions, and has won a number of titles.

“With his winning culture, his ability to play in various positions on the pitch and his status as a key player with his national team, we are convinced that Takumi will contribute to the development of our young team and help the group to achieve our goals. We are delighted that he has decided to be part of our project and welcome him!”

Having left a positive impression on everyone during his time at the Reds, Jurgen Klopp’s praise of the humble and hard working attacker following his departure illustrated how highly he was regarded. “It’s hard to see Taki go, but it’s a great move for him and one he thoroughly deserves,” insisted the Liverpool manager.

“An amazing professional; super, talented player. As a person, he is full of warmth and makes everyone feel positive. A manager’s dream, to be honest. I’m sure there will be those who think it didn’t quite work out. Those who think this are wrong. I don’t accept that.

“His contribution far outweighs the opportunities we were able to give, in terms of starting matches. He made us better each and every day he was with us – not just in the games he played in but every single session in training. Perfect attitude, winner’s mentality.”

Eager to add to his trophy collection that includes six Austrian League titles and four Austrian Cups with Red Bull Salzburg, plus one Premier League crown, one FA Cup and one League Cup with Liverpool, Minamino will be doing everything in his power to ensure this happens.

Joining on a four-year contract in the prime of his career, the experienced and multifaceted Minamino is unquestionably a shrewd acquisition. And one who’ll crucially be ready to stamp his mark from the outset, in what looms as a fascinating campaign ahead both domestically and in Europe for Monaco.

Title image courtesy of © AS Monaco