Singer Charles Aznavour dies at the age of 94 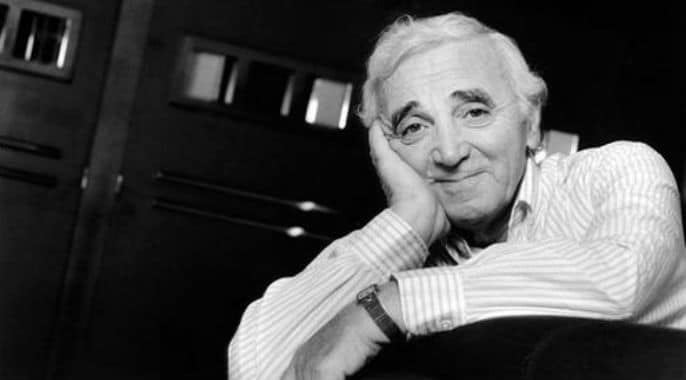 Legendary French singer Aznavour passes away after career spanning 80 years and over 1,200 songs

Charles Aznavour, the man sometimes lauded as the French Frank Sinatra has died at one of his homes on the south coast at the age of 94. As well as being one of the most iconic and prolific singers in history, Aznavour was also a successful film star and composer. He was recognised by CNN as “Entertainer of the Century” in 1998, as well as being awarded a star on the Hollywood Walk of Fame in 2017.

Aznavour was born in 1924 in Paris to Armenian parents who had immigrated to France not long before. Infatuated with pursuing a career in the arts, he left school at age nine to become a child actor and secured a handful of minor film roles while still a teenager. His most famous appearance on the silver screen came in 1960 when he played the title role in Shoot the Pianist, directed by François Truffaut. He would go on to star in over 60 movies in total.

Despite his success in the film industry, Aznavour’s real calling was always music and his song-writing talents were as prodigious as they were prolific. In all, it’s believed that he wrote over 1,200 songs in many different languages, including Armenian, English, French, German, Italian, Spanish and Yiddish. He sold over 180 million records and is perhaps best known in the English-speaking world for his 1974 ballad She, which was covered by Elvis Costello on the soundtrack to Richard Curtis’ movie success Notting Hill.

Aznavour is celebrated as one of the biggest proponents of “chanson”, an easy-listening style of French music characterised by soulful lyrics and storytelling. He often sang about controversial or taboo subjects, such as homosexuality, male emotion and lovemaking – indeed, his 1955 song Apres l’Amour was banned from radio due to its explicit depiction of post-coital emotion. He served in Edith Piaf’s entourage in his early career, before going on to record duets with such luminaries of the music industry as Sinatra, Luciano Pavarotti and Elton John.

He continued to record and make music well into his 90s, playing his last ever concert as recently as last month in Osaka. A fall in the shower earlier this year resulted in a broken arm and the necessary cancellation of a French tour, but Aznavour had been scheduled to embark on a new one this month. His death has been mourned across the world, with French President Emmanuel Macron leading the tributes on Monday: “Deeply French, viscerally attached to his Armenian roots, recognized throughout the world, Charles Aznavour will have accompanied the joys and sorrows of three generations. His masterpieces, his stamp, his unique radiance will survive him for a long time.”