AS Monaco’s player ratings from their eye-catching 5-2 win vs. Lorient 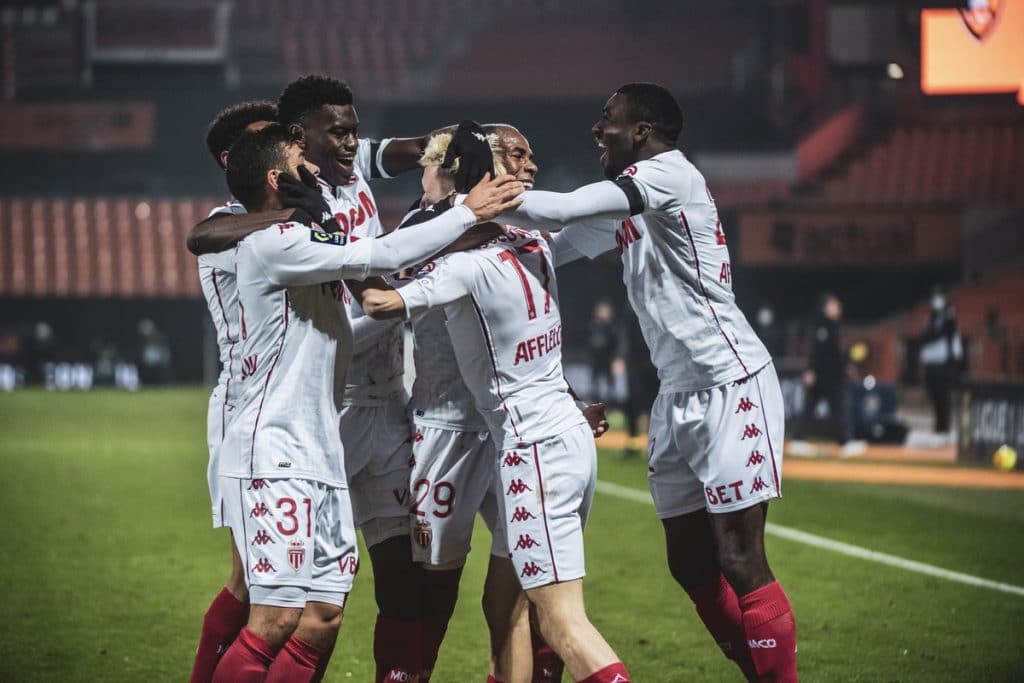 Returning from the winter break in style, AS Monaco secured a vital victory away at Lorient. While not at their absolute best, there were still plenty of positives attached to their 5-2 triumph. Below are our player ratings from the match.

Vito Mannone (6): Made some cracking saves and generally looked solid. Probably should’ve done better on Lorient’s second, where he spilled Armand Lauriente’s swerving free kick. But overall was solid between the sticks.

Ruben Aguilar (7): Full of tenacity and determination in his defensive efforts to make life tough for his adversaries. Aside from whipping in a teasing corner that led to Monaco’s opener, he added width and depth to attacks, with his energetic offensive running a highlight. Replaced by Caio Henrique.

Djibril Sidibe (5.5): Mixed showing from the Frenchman on a night where his underlapping and overlapping runs stood out going forward, but still committed some unnecessary mistakes with and without the ball.

Axel Disasi (6): Started the game off perfectly by bagging the opener. While uncomfortable at times, he was reasonably assured at the back. Taken off at half time by Niko Kovac. Replaced by Guillermo Maripan, who produced an exceptional second half showing that was punctuated by a goal and an assist.

Benoit Badiashile (6): Read the play coherently, which saw him track runners well and be ideally positioned to clear danger with headers or ground interventions.

Youssouf Fofana (6): Although his poor backpass prior to Lorient’s first was a lowlight, he recovered to put in a largely sound showing. Passing the ball sharply and aggressive in the tackle, Kovac would’ve mostly been pleased with his body of work.

Aurelien Tchouameni (6): Also didn’t cover himself in glory ahead of Lorient’s first, but knitted play together with his accurate passing and smart movement. Another important game for his development.

Willem Geubbels (4): Handed a rare start, Geubbels struggled to get involved enough to make an impact. Subbed at half time. Replaced by Sofiane Diop, who’s dynamism, imagination and ball handling gave Monaco a cutting edge in the final third.

Gelson Martins (6.5): Always full of danger on the ball with his mazy dribbling, ingenuity and speed. Loved being 1v1 with his man to create space for others or beat opponents. Replaced by Aleksandr Golovin, who illustrated his immense talent with a goal and a slick cameo.

Wissam Ben Yedder (6): Couldn’t impact proceedings like he so often does. Still some positives could be drawn from his clever movement and intricate link play. Replaced by Stevan Jovetic on 73 minutes.

Kevin Volland (8.5): A performance littered with upside by the German international. Whether running in behind, dropping into midfield to generate overloads or hitting the channels, Volland’s positioning caused constant disconnects in Lorient’s backline. The technically proficient attacker’s crisp passing and nifty dribbling also caught the eye. Fittingly rewarded his quality output with a goal.