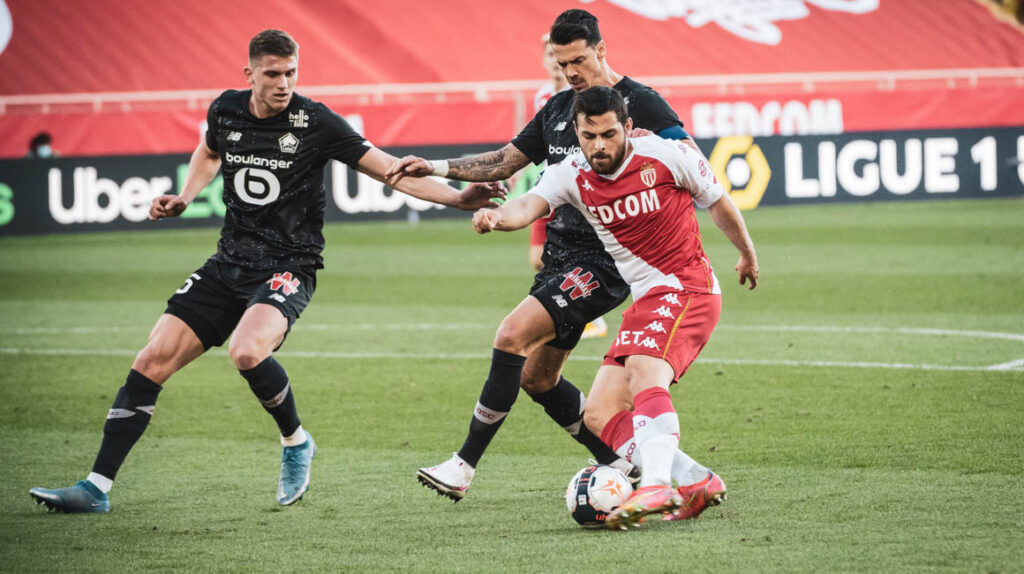 In a match that pitted fourth vs. first in the table, AS Monaco and Lille ultimately couldn’t be separated, playing out a tense 0-0 draw with Prince Albert II in the stands celebrating his birthday alongside Monaco President Dmitry Rybolovlev.

Monaco dominated for large chunks and held their own against this tremendously talented Lille outfit this Sunday evening at the Stade Louis II. Prince Albert II, celebrating his 63rd birthday (see below), watched the Rouge et Blanc continue their unbeaten streak on the home ground, having now gone a sixth match without defeat.

Although both teams struggled to manufacture quality chances, the fact Monaco outshone Les Dogues in terms of shots (eight to five), possession (63.3% to 36.7%), pass success rate (87% to 76%), tackles won (24 to 16) and corners won (six to two) showed they enjoyed plenty of ascendancy.

Looking most dangerous down their left with Caio Henrique and Kevin Volland combining nicely, Monaco clearly identified this as an area to get at Lille through, for they funneled 47% of their attacks down this flank.

Twenty minutes from the final whistle, Niko Kovac went all in, bringing on Djibril Sidibé, Cesc Fàbregas and Stevan Jovetić (75′). The latter even came very close to opening the scoring at the end of the match, on a superb pass from the French world champion. The Montenegrin striker had a one-on-one with Mike Maignan who made an exceptional save (90th).

But in the end, Niko Kovac’s men just couldn’t breach Ligue 1’s best defence, who illustrated why they’ve only conceded 17 goals in 29 matches.

Just four points away from the podium

Despite not getting the win, Les Monegasques will nonetheless be satisfied with the way they acquitted themselves on both sides of the ball in this huge game. Thanks to this sixth match in a row without losing at home, the Monegasques remain in fourth place, four points from the podium and eleven points ahead of Olympique de Marseille in fifth place. Up next for Monaco is a trip to Saint-Etienne, where they’ll be hoping to get back on the winners list before the international break.

To commemorate Prince Albert II’s birthday this Sunday 14 March, club president Rybolovlev and Monaco’s vice president and general manager Oleg Petrov gifted him a beautiful Monaco jersey that had been signed by the players and the management team. To cap off the special occasion, a banner was also hung up in the stands wishing the Prince a happy birthday.