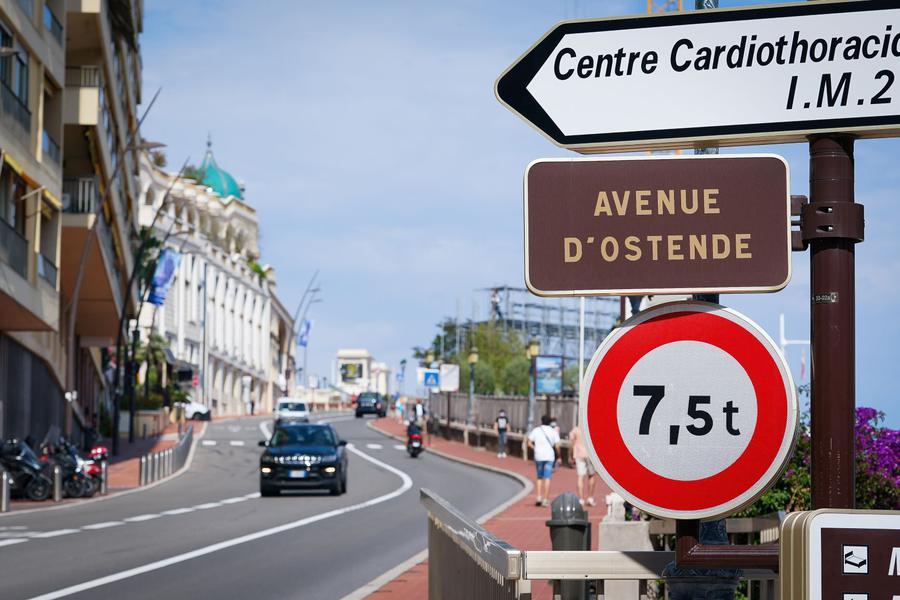 Summertime and sunny days are just around the corner, but with the warmer weather comes a lot of construction works in the Principality.

In an effort to reduce traffic flow and improve the area, the Department of Urban Amenities decided to experiment with a new traffic calming system in one of the Principality’s busiest areas: Place Sainte Dévote on Avenue J.F. Kennedy.

As such, from the 12 June until the end of September 2021, traffic along Avenue J.F Kennedy will flow in both directions and a roundabout will be built on the Place Sainte Dévote.

However, these new urban planning measures will be disrupted as preparations get underway for the Monte-Carlo Jumping International event. From the 14 June onwards, vehicles travelling between Menton and Nice along the route de la Piscine must travel via the one way system in place.

Cancelled in 2020 due to the Covid-19 pandemic, Jumping International is making its comeback from the 1 to 3 July 2021.

Whilst it is great news to see the event make its return, preparations will cause disruptions in the Principality. Building works for the event will begin on the 14 June, as equipment is set up on Darse Sud, interfering with the new traffic calming measures.

From the 17 July, nobody is allowed to park on the roads surrounding Port Hercules, including both cars and horses!

In addition, as of the 28 June, building work starts on both the quai Albert Ier and the Esplanade des Pêcheurs, to build grandstands for the public and stables for the horses.

Finally, from the 4 until the 9 July, workers will dismantle installations used during the event, gradually returning the Principality’s streets back to normal.

In a bid to save energy, these construction works aim to replace all energy-intensive lights and current electrical installations with their LED equivalents.

Taking place from the 14 June to 14 August 2021, these construction works mean the Serravalle Tunnel (the underground road linking Boulevard Charles III and Avenue du Port) will close between 8pm and 5.30pm, from Monday to Saturday.

These works will improve the street lighting and telephone lines, as well as the sanitation and water supply.

Work will take place on Avenue d’Ostende from the 14 June 2021 to the 25 February 2022. The Principality aims to keep traffic disruption to a minimum, so a one way system will not be put in place. However, the building site does cover part of the bus lane, so some stops may have to be moved.

For a real-time map of the city, visit Your Monaco