AS Monaco’s player ratings from their crucial victory vs. Troyes 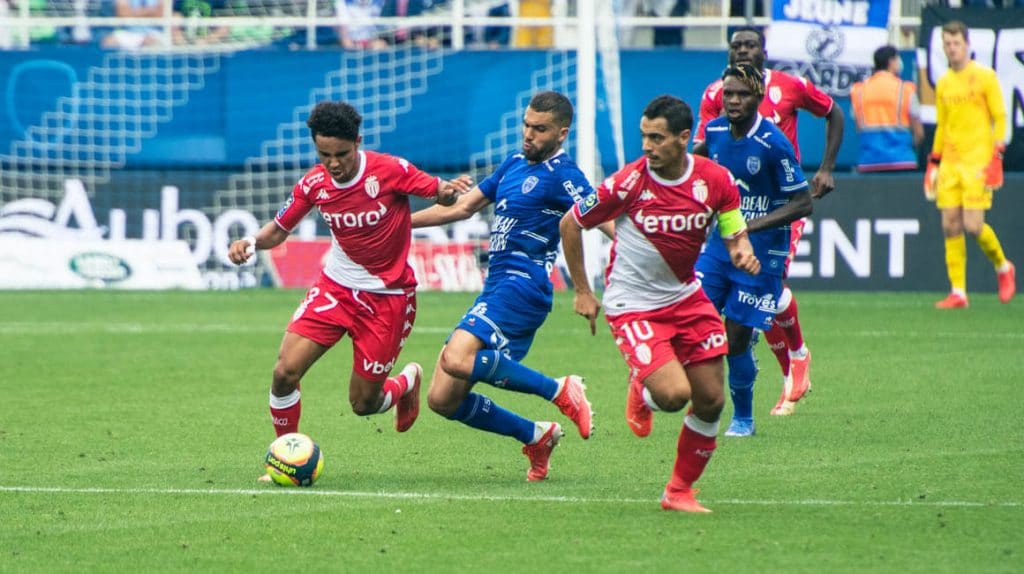 AS Monaco secured their first win of the Ligue 1 season by defeating Troyes 2-1 away from home, in a match where Sofiane Diop’s double proved instrumental. Here are our player ratings from the match.

Alexander Nubel (6): Definitely an improved body of work from Nubel, who looked far more confident and secure between the posts. Was helpless to keep out Ruben Aguilar’s freak own goal.

Ruben Aguilar (5): Couldn’t fault his effort and desire, but wasn’t his day, which was underlined by his extremely unlucky own goal to make it two in two games after putting the ball into his own net against Shakhtar Donetsk too.

Benoit Badiashile (5): Couldn’t keep up the high level he found in the Shakhtar game, as the likes of Mama Balde and Yoann Touzghar troubled him. Never able to truly settle into his rhythm. Replaced by Chrislain Matsima.

Guillermo Maripan (5.5): Although he was the better of Monaco’s two central defenders, Maripan will know he can do better. Pace and dynamism of Troyes caused him issues. Replaced by Axel Disasi.

Caio Henrique (6.5): Another solid outing from the Brazilian. Passed the ball coherently and always gave his team options going forward. Defensively was sound dealing with the minimal threat he faced.

Aurelien Tchouameni (7.5): Brilliant performance by the gifted youngster. A real destroyer in midfield, as he won back possession expertly and was authoritative in his duels. Posed a threat with the ball also, as he distributed possession with clarity and came close to scoring on a couple of occasions.

Youssouf Fofana (7.5): Certainly one of his finest games of the campaign, as Fofana was a vital figure towards the triumph. Ball winning prowess and strength was vital in midfield. Created some good openings with his passing and ball carrying. His contribution for Monaco’s winner was a perfect encapsulation of his importance, for he pressed aggressively to regain possession, then surged upfield before playing in a lovely pass to set up Diop.

Sofiane Diop (7.5): A key driving force behind the win. Bagged a superb brace and was a menace for Troyes to contain with his movement and wizardry on the ball. Combined smart positioning and awareness to ensure he was well placed for his goals.

Jean Lucas (6): Did some great things defensively on his way to winning seven duels, making six ball recoveries and chiming in with two tackles. Wasn’t at his best going forward, though, as he was a tad off the pace. Replaced by Wilson Isidor.

Gelson Martins (7): A force to be reckoned with this crusade, Martins was a handful for Troyes to contain as well. Such an asset with his trickery on the ball, smart passing and speed of movement, he gave Monaco another dimension going forward. Replaced by Eliot Matazo.

Wissam Ben Yedder (7): Even though he supplied a sharp assist for Diop, he’ll be disappointed he couldn’t find the back of the net himself. Upsides could be found in his link play, intelligent movement and ball handling, however. Niko Kovac made a point of praising his output in his post-match comments.