Unheralded Aguilar proves his worth in AS Monaco’s vital win vs. Metz 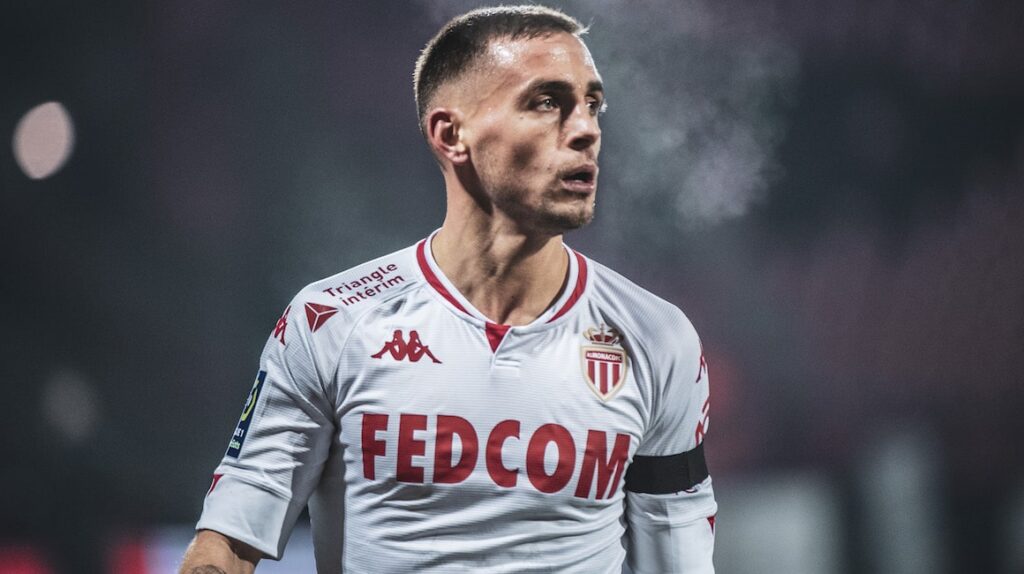 Full of tenacity, intensity and giving his all for the cause in customary fashion, Ruben Aguilar was an integral figure in AS Monaco’s crucial 2-1 win over Metz.

Working his socks off on both sides of the ball, the tireless fullback was a constant source of impetus for the away team on their way to gaining a valuable three points to keep their chances of Champions League qualification alive.

Setting the tone for his colleagues to follow on the defensive end with his energy and determination, he pressed with gusto, jetted back to support his backline and was wholehearted in the challenge.

Keeping tabs on his marker closely (mostly Fali Cande), he excelled in tracking his man when he either made a run in behind or dropped deep with his back to goal. Eager to get touchtight and give his opponent minimal room, Aguilar anticipated smartly when to get on his bike.

Aguilar made life equally difficult for his foes when defending 1v1, where his strength and swift acceleration enabled him to hold his own in physical battles and monitor runs competently. Possessing a low centre of gravity and quick reactions, this duly enhanced what a tough foe to bypass he was.

Some other notable aspects of his stopping work arose from how he covered in behind a teammate if they stepped out to make a challenge, kept his shape soundly when he didn’t have an immediate marking assignment and showed leadership by communicating with his teammates.

Due to Philippe Clement’s men dominating the ball for large spells, this gave Aguilar many opportunities to get involved offensively. And he did precisely that by providing a major threat down Monaco’s right.

Dovetailing effectively with right winger Vanderson, the duo successfully created space for one another by altering their positions through slick rotations. This saw Aguilar able to add some vital variation, for not only did he spring ahead on the overlap when Vanderson was positioned infield, but he also embarked on some wicked underlapping runs when his comrade hugged the touchline.

Especially fruitful when executing the latter, it was interesting that the move that led to the corner that Monaco scored their second from featured a blistering underlap from Aguilar.

The way Vanderson would pin his marker deep and infield to allow Aguilar to receive switches of play freely was a key element of their partnership as well.

Aguilar would then return the favour by charging forward on the dribble to lure out his marker, which allowed Vanderson to exploit the newly vacated space with runs down the channel.

Timing and directing his runs intelligently, the experienced Frenchman offered a fine outlet to not only add width and depth to attacks but also to be a quality option inside the area, where his shrewd, late arriving blindside runs caught defenders off guard frequently. The fact he racked up two shots, had three shots blocked and registered six touches inside the area demonstrated his aptitude here.

Although his role when Les Monegasques passed out from the back wasn’t as valuable, he still contributed positively to help his team beat the press and unbalance their stopping structure. Mixing things up by either staying deeper to form a back three or pushing higher upon seeing the trigger of a central midfielder dropping to form the three in build up, he performed his role smoothly.

Doing a fine job of either manufacturing overloads against Metz’s first line of pressure or offering a wider outlet, Aguilar was attentive to ensure he was in the right position to break the press. Moreover, his presence also meant he generated advantageous numerical superiorities in wide areas so his team could progress easier in these zones of the pitch.

Shifting the focus to his passing, and this was another compartment where he stamped his mark. Aside from keeping things ticking over with his neat short passing, his more expansive passes really caught the eye. Be it hitting raking switches of play, striking pinpoint through balls in behind or down the channels, neat passes into the feet of attackers and engaging in some crisp combination play, Aguilar’s distribution was a highlight. Measured, considered and accurate, the graphics below showcase some of his best work.

Completing 83 of his 92 attempted passes, nine of nine accurate long balls, 16 of 17 passes into the final third and creating two chances, this underlined his efficiency here.

A nuisance on the dribble too, his powerful ball carrying helped him unbalance opponents, draw foes out so spaces could be exploited and gain territory quickly against Metz’s narrow 5-3-2 shape.

Performing his duties brilliantly on both sides of the ball, in what was a fundamentally sound showing, the underrated Aguilar evidenced why he’s such a handy asset within Clement’s squad.

While the ultra fit, dependable, versatile and tactically knowledgeable defender might not be the flashiest, he always gives his all for the team no matter what.

And that’s exactly what he showed in this clash vs. Metz, where he blended his insatiable appetite for work with a terrific attacking contribution.