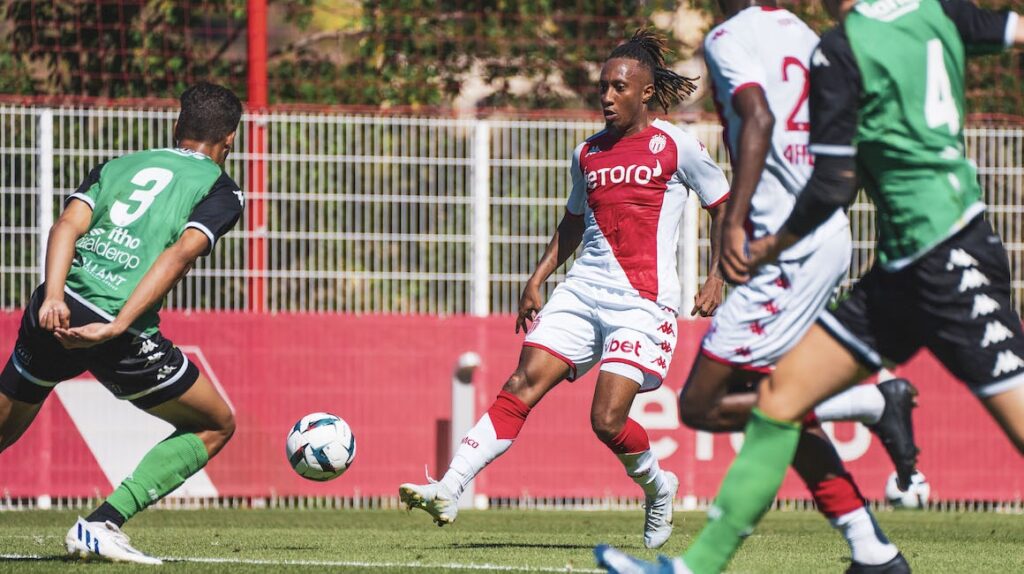 AS Monaco faced off against Cercle Bruges, a satellite club of ASM, on Saturday morning for the first friendly outing of this pre-season.

A week after their return to training, Philippe Clement’s men began their series of friendly matches with a narrow victory (1-0) against Cercle Bruges at La Turbie. The Monegasques won under the eyes of President Dmitry Rybolovlev, accompanied by his daughter Ekaterina Sartori Rybolovleva, Juan Sartori and their children, as well as Jean-Emmanuel de Witt, the club’s new general manager, and Paul Mitchell, the sporting director.

With a team made up of many of Monaco’s regular starters in the first period, a goal from former Bruges player Anthony Musaba (31 games, 6 goals and 3 assists in 2020-2021) was enough to secure the victory.

On loan to SC Heerenveen (Netherlands) last season, the Monegasque striker unlocked the game with a sublime 18th minute strike. In the second period, the Monegasque coach brought in several young players such as Malamine Efekele and Eric Ayiah, who relished their opportunities for game time at the senior level.

The next meeting for AS Monaco is against Swiss club St. Gallen this Wednesday at La Turbie.

The compositions of the ASM: