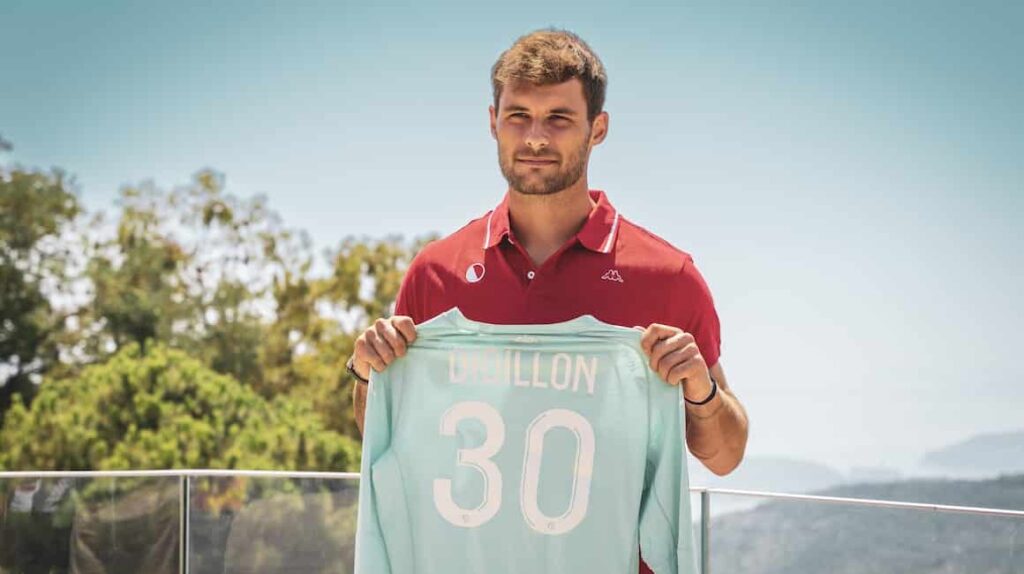 AS Monaco has completed the arrival of French goalkeeper Thomas Didillion on loan from Cercle Bruges while Radoslaw Majecki heads on loan to the ASM satellite club.

After Takumi Minamino and Breel Embolo, Monaco have their third recruit for this summer transfer window. Announced a few days ago, the loan of Didillon from Cercle Bruges was formalised on Wednesday.

“I am proud to join AS Monaco, one of the most iconic and successful clubs in Ligue 1, and to return to the French championship,” he declared on his arrival. “Everything is in place here to progress. I have to be ready to respond when the coach calls on me.”

At 26, the athletic goalkeeper (1.93m) has already played 232 official matches in all competitions during his professional career, making him primed to impact when called upon. Trained at FC Metz, the new Monegasque goalkeeper had two full seasons in Lorraine (59 league games between 2014 and 2016) before leaving for Belgium. After playing for giants Anderlecht and Genk, Didillon then joined Cercle Bruges in 2020, where he played 59 games.

“He is an experienced goalkeeper, who has played in the most prestigious Belgian clubs and who knows the European Cup,” described Paul Mitchell. “His maturity and his natural leadership, which we have seen at work since the takeover, make him a valuable reinforcement for the development of our young group. This arrival also demonstrates once again the benefits of the synergy that we maintain with Cercle.”

READ ALSO: Takumi Minamino at AS Monaco, a marketing boon for the club and Ligue 1?

For his part, Majecki is doing the opposite. Having served as understudy to Alexander Nubel last season, the Polish goalkeeper will now take on the starting role at the Belgian club.

In the Monegasque jersey, the former goalkeeper of Legia Warsaw played eleven games and notably took part in the team’s epic run to the Coupe de France final in 2021, which ended in defeat vs. Paris Saint-Germain at the last hurdle.