Friendly: AS Monaco play out exciting draw with Inter Milan 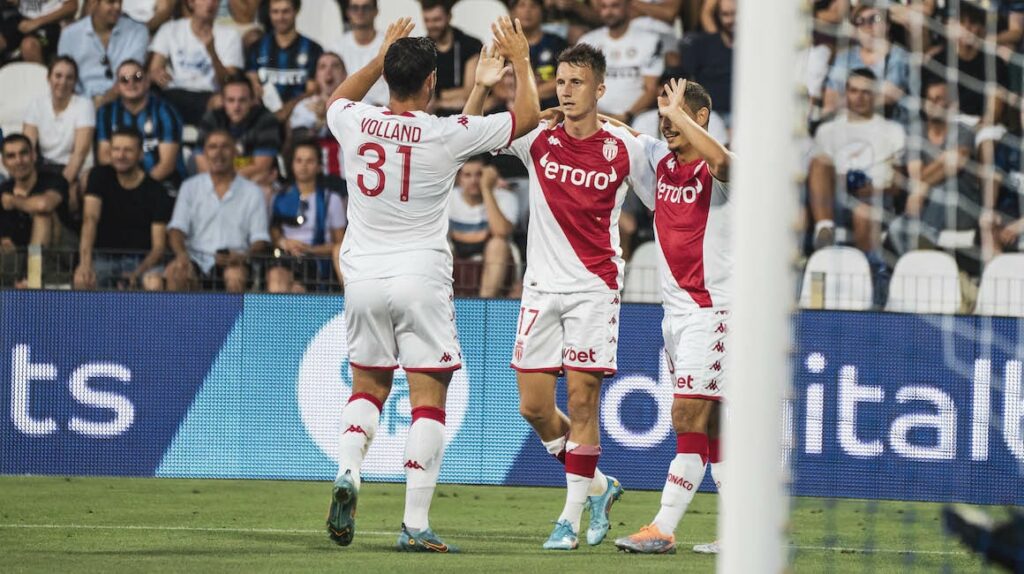 Facing off with Inter Milan in their fifth preseason friendly, AS Monaco recorded an impressive 2-2 draw against the Italian giants.

Switching things up by opting for a back three to combat Inter’s typical 5-3-2, Philippe Clement’s tactical choice immediately paid dividends, for Monaco jumped out of the blocks in fine style.

Opening the scoring through Aleksandr Golovin’s clinical finish in just the seventh minute following a brilliant run and through ball by Wissam Ben Yedder, this was an ideal way to get the ball rolling.

Looking good and playing some great football while keeping Inter at bay, Les Monegasques then deservedly doubled their lead in the 30th minute courtesy of Ben Yedder’s masterful finish after his run was obliged by Golovin’s sensational through ball.

Just before the break, the Nerazzurri pulled a goal back when Roberto Gagliardini finished home after Danilo D’Ambrosio’s initial headed effort from a 42nd minute corner.

The aforementioned strike served as the catalyst for an uptick for Inter, for they came out after the interval and got back on level terms, with Kristjan Asllani lashing home the rebound that arose from Romelu Lukaku’s powerful shot.

With both teams making a host of changes to get some vital minutes into the legs of the players on the bench, it was Monaco who conjured the most dangerous chances in the second half, with debutant Takumi Minamino and Gelson Martins coming close to finding the back of the net only for Andre Onana to produce some heroics in goal for Inter.

With the match ultimately finishing 2-2, this exciting and entertaining clash was unquestionably a quality hit out for Monaco as they prepare for the new season.

Next up for Monaco is another high profile friendly against FC Porto next weekend, where Les Monegasques will be hoping to extend their preseason unbeaten streak against a quality opponent who’ll also offer them a stern examination on many levels.