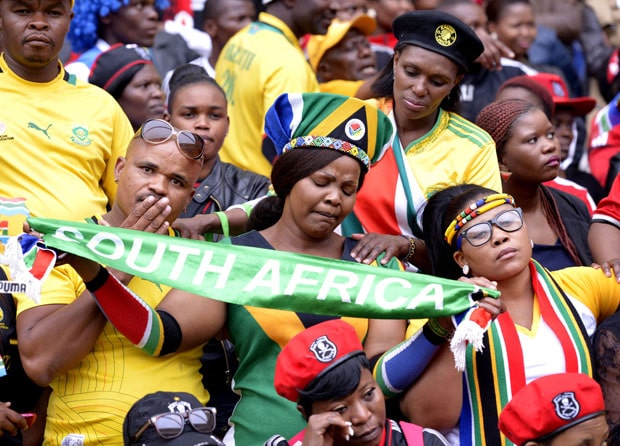 AS Monaco may have suffered a disappointing start to the season on the pitch, but their fans should at least have some positive news to enjoy off it. Sources close to the club have indicated that they have sealed a deal for 18-year-old South African starlet Lyle Foster, who they have been tracking for some time. The youngster has reportedly signed a five-year deal with the Ligue 1 giants, with the move scheduled to take place in January next year.

Monaco have had their eye on Foster for some time now and have invited him to undertake a trial with them on two occasions already; in November 2017 for a short period, before a longer two-week spell in July this year. However, their hands were tied until Foster had reached his 18th birthday – an event which came to pass at the beginning of last month. Now free to act, it appears the club have wasted no time in securing the teenage forward’s services for the foreseeable future, tying him down to a five-year contract.

For his part, Foster has yet to feature for the Orlando Pirates this season but broke through last year and made a total of 11 senior team appearances, 10 of them off the bench. In that time, he bagged his first goal for the club and earned himself an international call-up to South Africa’s squad for the COSAFA Cup. During the tournament, Foster did not start any of his team’s three games but came off the bench in all of them, apparently catching the eye of Monegasque scouts in the process. He will join four other South Africans in Ligue 1, including Keegan Dolly at Montpelier, Lebo Mothiba at Lille, Lebogang Phiri at Guingamp and Bongani Zungu at Amiens SC.

He is expected to link up with his new teammates in January and his arrival could not be more timely. Since their opening day victory at Nantes, Monaco have not won in ten games in all competitions since. A disappointing 2-1 reverse at home to Rennes at the weekend saw them drop into the relegation zone, having garnered just six points from their first nine games. It’s Monaco worst start to a campaign in recent memory and while Foster is not expected to break into the first team this season, his services may be required sooner rather than later if the slump continues.