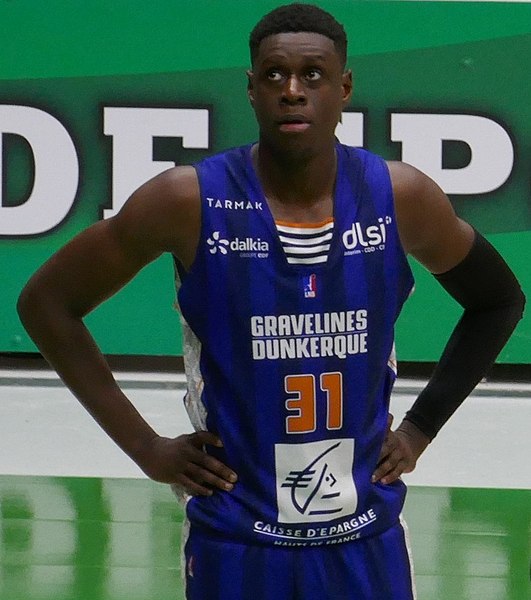 AS Monaco Basket have suffered their third defeat of the season after a tense affair against BCM Gravelines-Dunkerque. The match remained neck-and-neck throughout and hardly represented a great advertisement for the sport of basketball, with misplaced passes and unsuccessful shots marring a low-scoring second half to proceedings. However, a tight defensive display and a strong offence in the final quarter saw the hosts see off their visitors to move into the top half of the table.

Monaco dominated a scrappy opening quarter, during which both teams were guilty of not taking their chances – sometimes one right after the other. Nonetheless, the Roca Team went into the second period 23-17 up, only to be steamrollered in the next 15 minutes 10-21 and go into the halftime interval at a 33-38 disadvantage. The match had been a disjointed affair so far, characterised by easy turnovers and profligate finishing in the final third.

That scrappiness continued into the third period, as did the match’s seesaw nature. Through some solid offensive work from Elmedin Kikanović and Yakuba Ouattara (with 14 points apiece for the matches and five out of eight and four out of eight two-pointers made, respectively), they took the third period 19-13, giving them a slender 52-51 advantage going into the last quarter. The tightness of the match would remain the same until there were just eight minutes left to play, at which point the scores were all tied up at 54-54.

It was now that Gravelines-Dunkerque put the burners on. Jean-Michel Mipoka put in an especially impressive performance off the bench to claim four of five three-pointers in the match, while fellow substitute Alain Koffi (13 points) and starting trio Edgar Sosa (13 points), Karvel Anderson (12 points) and Taylor Smith (10 points) provided ample support. Smith’s defensive display was also eye-catching, winning ten rebounds in all, nine of them at the back. The home team claimed the last quarter with ease (23-13), giving them a convincing 74-65 victory overall.

The win lifts Gravelines-Dunkerque into eighth position and the top half of the table, while Monaco’s third loss means they slip down to 13th with just a 40% win-rate so far. Meanwhile, Dijon’s loss at Nanterre 92 meant that ASVEL are now the only team to retain a 100%. Up next, Monaco will travel to Ratiopharm Ulm in midweek as part of the EuroCup, before hosting 11th-placed Chalons-Reims next Saturday in the Jeep Elite. A win is imperative if they are to maintain their hopes of replicating last season’s run to the final.