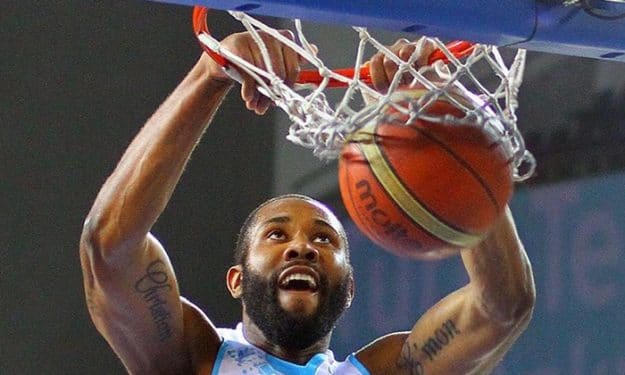 Currently 13th in the Jeep Elite rankings and qualified for the EuroCup’s Top 16, the AS Monaco Roca Team has just recruited 28-year-old center Eric Buckner (2.08m). The American, who also has a Liberian passport, has just finished a short stint with Villeurbanne where he played for two months posting an average of 8.8 points and 4.4 rebounds through 8 games. Endowed with great athleticism, Buckner’s contract commits his services to ASM until the end of the season: “I am very happy to join AS Monaco Basket where we will have big goals to achieve.”

“My favorite area of play? First, I would have to say defense. I try to be as effective as possible. I’m only interested by winning as a team. My personal stats are secondary in every way. I am very motivated to bring all my energy to Monaco,” explains the player who played part of his career in Turkey and Greece. On paper, his complementarity with Elmedin Kikanovic seems promising.

A familiar face in Gladyr

Last year’s Jeep Elite runner-up, Monaco has struggled in Jeep Elite play (currently 12th place on 5 wins, 7 losses), while the squad has excelled in EuroCup competition having already qualified for the Top 16. It is as good a time as any for the rogues et blancs to reinforce their ranks. They have also signed former Monegasque (2015-2018) Sergii Gladyr.

AS Monaco reached an agreement with shooting guard Sergii Gladyr, who signed a one-month contract with the team, with an option to extend it for the remainder of the season. Gladyr (1.96 meters, 30 years old), who would substitute for the injured Gerald Robinson, is now set to play for Monaco for a fourth consecutive season. Last season, Gladyr averaged 5.5 points in 40 French League games for the team. He helped Monaco win three consecutive French Leaders Cup titles from 2016 and 2018, earning tournament MVP honors in 2017. He also helped his current team reach the Basketball Champions League final last season. Gladyr started his career with MBC Mykolaev of his native Ukraine. He has also played for Manresa and Fuenlabrada of Spain, as well as for JSF Nanterre and SLUC Nancy Basket of France. Gladyr has also been a regular member of the Ukrainian national team for more than a decade. Gladyr played two 7DAYS EuroCup seasons – with Nanterre in 2013-14 and Nancy in 2014-15 – averaging 11.2 points and 3.4 rebounds in 24 games combined.

Both Buckner and Gladyr are available for tonight’s EuroCup match against Galatasaray.