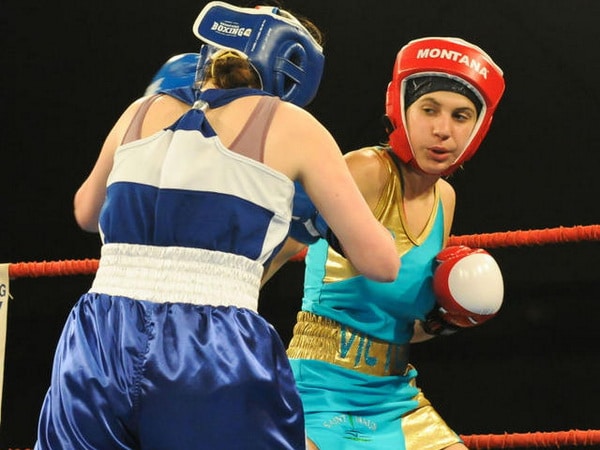 The Monaco boxing team has been joined by a new member in the person of Victoire Piteau. The young neo-pro has a bright future under the leadership of Laurent Puons.

Junior French Champion in 2017, Victoire Piteau is about to lace up her gloves as a professional. But, much to everyone’s surprise, it will not be under the banner of the US Saint-Maur, her youth club. For the young woman who is becoming, at 19, the youngest professional in the history of France, her pro debut will be with the Monaco boxing team! A decision motivated by her graduate studies, a BTS, which is not compatible with the international travel schedule of France’s amateur team. “It’s been more than a year since I got in touch with her father,” said Monaco’s promoter Laurent Puons in La Nouvelle Republique. “She was not 100% sure to leave the amateur world just yet. Victoire is a boxer who wants to combine the best in sports and education.”

National and even European titles are in the crosshairs…

In Monaco, she will be the only woman in a four-member team. A team that includes two French champions, a middleweight (Diego Natchoo Junior) and a super featherweight (Florian Montels). Until now, the team has been rather closed to new boxers, however, Team Monaco was convinced by the young woman’s record (51 fights, 35 wins as an amateur) and her overall potential. With Monaco, Piteau is assured to train in optimal conditions while earning a living.

Two high level galas are organized each year in the Principality by the Monaco matchmaker Jacques Patrac. For the next, scheduled October 20, Victoire Piteau should be in the ring. This will be the first step before, perhaps, aiming higher. Botlightweightht and super featherweight national belts, and even European ones, are accessible to the young talent…

Meanwhile, the new pro’s first fight will take place in Saint-Maur, on March 30th, during the city’s sports gala. A nice return to her club of origin that helped her live out her dreams.