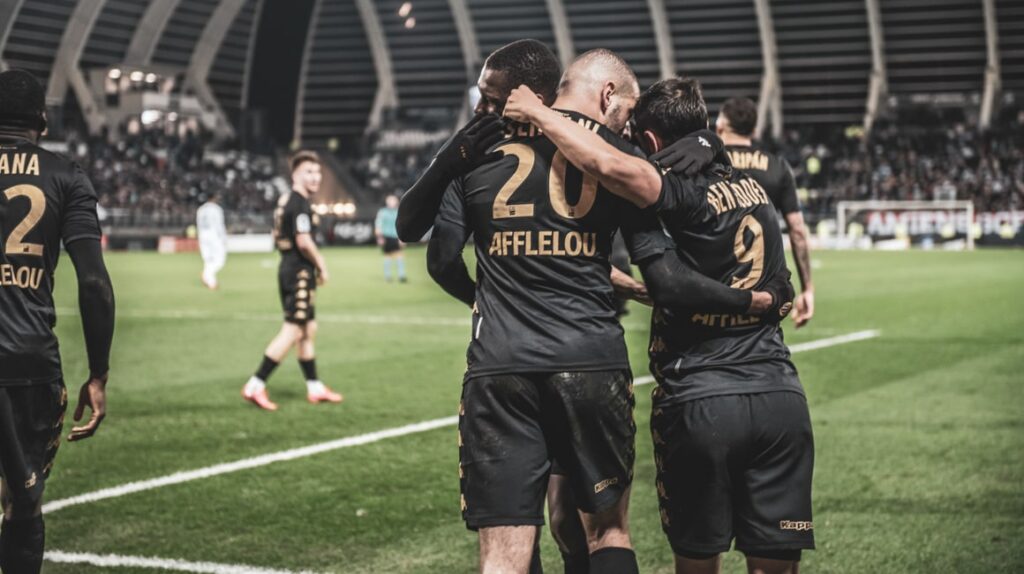 Thanks to its fantastic attacking duo Ben Yedder-Slimani, AS Monaco narrowly beats Amiens (1-2). AS Monaco turned the game around thanks to its two strikers. The victory moved the Monegasques to fifth on the league table after gathering 35 points from 24 games.

AS Monaco got scared. But on Saturday evening, on the pitch in Amiens, the Monegasques showed their mettle in a crazy match that Adrien Silva’s team-mates won with character. Serhou Guirassy opened the score early on with a clear shot under the bar (1-0, 9′), but Roberto Moreno’s men responded later in the match with a fine Ben Yedder-Slimani strike that had already proved decisive on several occasions since the start of the season.

He scored with a fine strike after a magnificent sequence, allowing AS Monaco to equalise (1-1, 85′), before seeing his attacking companion follow suit by heading in the winner from a corner by Cesc Fabregas (1-2, 93′). Slimani is a very important player for us and his entrance proves it again,” said vice-president Oleg Petrov after the match. He is a perfect complement to Ben Yedder.”

A precious victory that allows the Monegasques to get back on the podium. Now seventh (35 points), AS Monaco is six points behind third-placed Stade Rennais (41 points).

It is the number of goals scored by Wissam Ben Yedder this season in Ligue 1. Top scorer in the league, Monaco forward is also the most prolific player in Ligue 1 with a 50 per cent success ratio (16 goals for 32 shots on target).