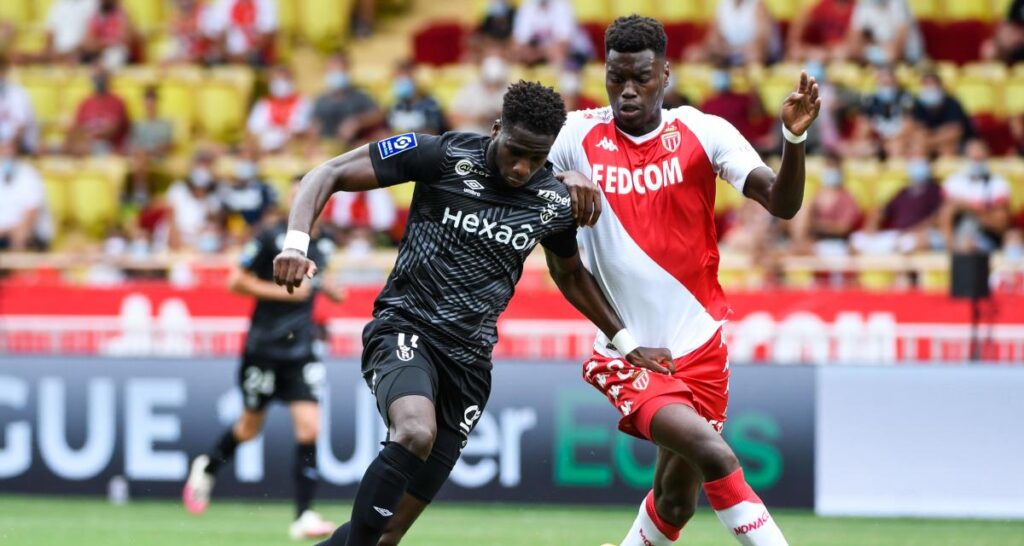 AS Monaco started their season with a 2-2 draw against David Guion’s superbly drilled Reims side. Despite Niko Kovac’s first competitive match at the helm not entirely going to plan, there were still plenty of reasons for encouragement.

Showing character and resilience to recover from going 2-0 down in the first half, key strikes from debutant Axel Disasi, against his former club, and central defensive partner, Benoit Badiashile, were enough to ensure Monaco gained a point.

Speaking after the match, Kovac was content with the season opener, even if there’s still much room for improvement. “I must admit that I was surprised and shocked because after two goals by the opponents we were down 2-0. It really was not easy, but in the end I’m happy and proud because the reaction from my team has been very good. We showed that nothing is ever finished after 20 minutes, and we had character,” he explained.

“We dominated the game by creating more clear chances but we must not forget also the decisive save by Benjamin Lecomte. I will remember in particular the 70 minutes which followed because they were very good. We are on the right track: tactically, technically, we will continue to progress.

With Kovac opting to play a midfield three with Youssouf Fofana at the base and Aleksandr Golovin and Aurelien Tchouameni in the more advanced positions, the role of the latter two was vital towards Monaco’s offensive mechanics.

Always keen to push up into the half spaces, they offered a fantastic outlet to progress attacks. Seeing as Monaco’s wingers pinned the Reims fullbacks and the away team’s central defenders were wary to step out, this meant they could intelligently exploit openings between the lines.

It was also important to note how they often attracted pressure, which effectively created space to find a teammate with a third man run or opened passing lanes into Wissam Ben Yedder. This was especially beneficial when a Reims fullback would step out to one of Monaco’s mids, which would leave the winger free to receive.

Offering a great link to move the ball wide to their nearby winger or fullback and pass the ball inside, Golovin and Tchouameni’s strategic positioning caused persistent dilemmas for Reims.

Lastly, when the opportunity arose to surge forward into the box from deep, they duly took it, with this giving Les Rouge et Blanc an extra dimension going forward.

Although Ben Yedder and Henry Onyekuru failed to find the back of the net or enjoy their finest game for the club, upside could still be extracted from their dovetailing. When Ben Yedder dropped deep, this served as the catalyst for Onyekuru to push forward and provide depth to attacks into the space vacated by Ben Yedder. Due to Ben Yedder’s marker tracking him hard, the Nigerian speedster wanted to make the most of the available space by embarking on cunning out-to-in diagonal runs.

Ensuring the opposition couldn’t step out and push their defensive line higher, Onyekuru’s shrewdly timed runs in behind were a real highlight. Even though this tactic didn’t bear fruit on the day, it’ll be one to look out for in future.

The way Monaco used the overload to isolate principle to find their wingers in advantageous 1v1 situations offered them a good avenue to get at Reims. By initially channelling an attack down one side and populating the nearby area heavily, thus forcing the opposition to shift aggressively to the near side, this gave them the foundation to quickly switch the play to the underloaded far side.

Possessing such threatening wingers in Onyekuru and Gelson Martins, they relished being isolated vs. their direct opponent, where they could use their dynamism and skills on the dribble to generate dangerous situations.

Against the extremely tough to break down Reims rearguard, this tactic worked nicely in allowing Monaco to gain some traction against the narrow and compact shape of their adversaries.