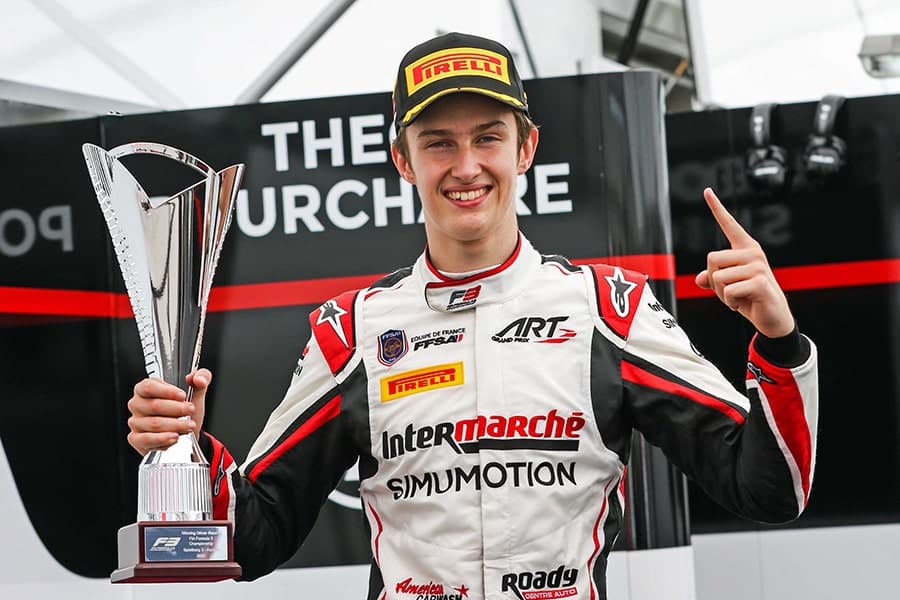 Formula 3 vice-champion Théo Pourchaire will take part in the last two races of the F2 season, both of them in Bahrain. Rumour has it that a promotion to F2 for the 2021 season is imminent.

After finishing second at the F3 championship, with two wins and eight podiums, Théo Pourchaire comes to F2. On the weekend of 28 November and 5 December, the French wunderkind will race in the year’s last two Grands Prix, both of them on Barhain’s Sakhir racing track. The Grasse-native will race for HWA Racelab, following Giuliano Alesi’s departure for MP Motorsport.

“I’m super happy and very excited to be driving in F2,” Théo Pourchaire told Auto Hebdo. “The idea is to get used to the division and to the car. I see everything that’s happened as a great opportunity. I’m here to learn,” he added. At only 17, Théo Pourchaire has never been so close to officially joining Formula 2.  Discussions with ART Grand Prix, the team with which he raced in Formula 3 this year, are well underway and a promotion to Formula 2 for the 2021 season is expected.

>> Read more about Théo Pourchaire: Is this the future star of Formula 1?