Monaco’s player ratings from their draw vs. Lorient 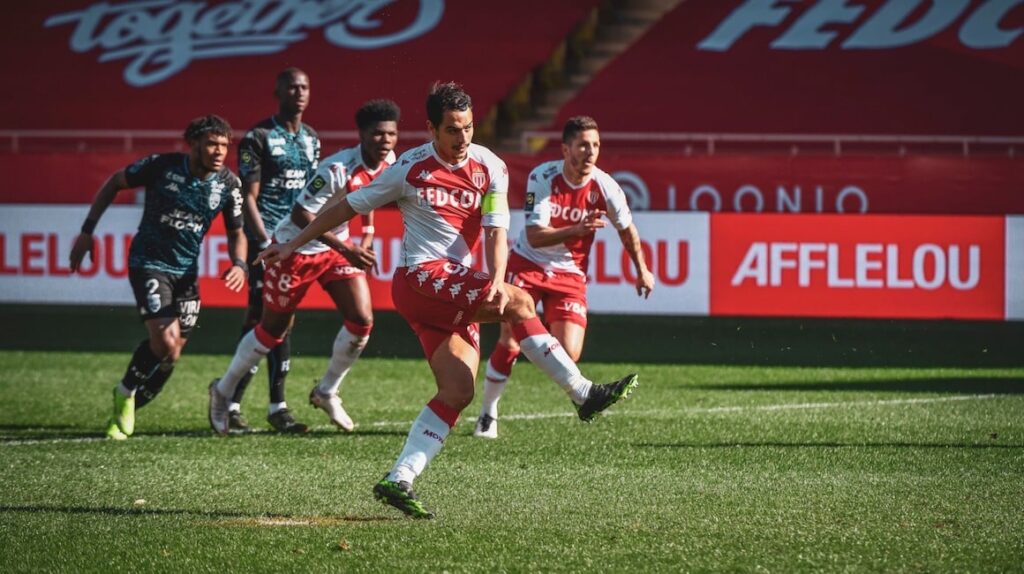 Wissam Ben Yedder’s vital brace ensured AS Monaco secured a point against Lorient, with the result extending Les Monegasques impressive unbeaten run to 11 matches in all competitions. Here are our player ratings from the match.

Benjamin Lecomte (4): Certainly didn’t cover himself in glory for either of Lorient’s goals, as he’ll be disappointed with what was a poor showing. Indecisive and didn’t look comfortable.

Djibril Sidibe (4): Having been improving steadily, he couldn’t keep up his good level. Failed to adequately track Yoane Wissa’s run prior to him winning a penalty and his tackle unfortunately spilled into Terem Moffi’s pass ahead of Lorient’s second. He did, however, fire in an excellent corner that led to Monaco’s opener. Replaced by Fode Ballo-Toure.

Benoit Badiashile (6): One of Monaco’s best throughout, as he undertook his work pretty effectively. Nipped in with some valuable interceptions and tackles. Played a key role in the equaliser by finding Ben Yedder with a measured cushioned header.

Guillermo Maripan (5): Lorient exposed his lack of pace on occasion with their lethal runs in behind. Wasn’t at his best, but still fought hard for the team and never gave up. Struck some tidy passes out from the back.

Caio Henrique (6): Stretched the opposition with his forward runs and hit some promising crosses into the area. His underlapping runs were equally impressive. Wasn’t as clean and crisp as usual though. Replaced by Pietro Pellegri.

Aurelien Tchouameni (5.5): Couldn’t hit his straps completely, but still produced some promising moments. Made some classy ball recoveries, applied some good pressure and showcased his lovely passing range with some slick passing. Replaced by Cesc Fabregas.

Youssouf Fofana (6): Embarked on some damaging forward runs that were unrewarded and was key in constructing passages with his passing. Typically strong in his defensive efforts.

Sofiane Diop (5): Struggled to find his feet, as he was unable to stamp his mark on the contest. Still went on some skilful dribbles and engaged in some tidy combination play. Will know he can do better. Replaced by Ruben Aguilar.

Krepin Diatta (5): Although he always tried to make things happen and was positive, his decision making let him down. Intense in his pressing efforts and toiled hard defensively. Hasn’t yet found his form at Monaco. Replaced by Stevan Jovetic.

Kevin Volland (6): Frustrating match for the German, with Lorient doing a good job of containing him. Upside could be extracted from his intelligent movement and positioning even though he wasn’t found often enough by his colleagues.

Wissam Ben Yedder (7.5): Monaco’s saviour with a crucial brace. Slotted home his penalty confidently before striking an exceptional volley late on to equalise. Always posed a threat with his smart runs and awareness. Despite not performing to the peak of his powers, the instinctive forward came up big when it mattered.