Electric Jovetic underlining his worth to AS Monaco 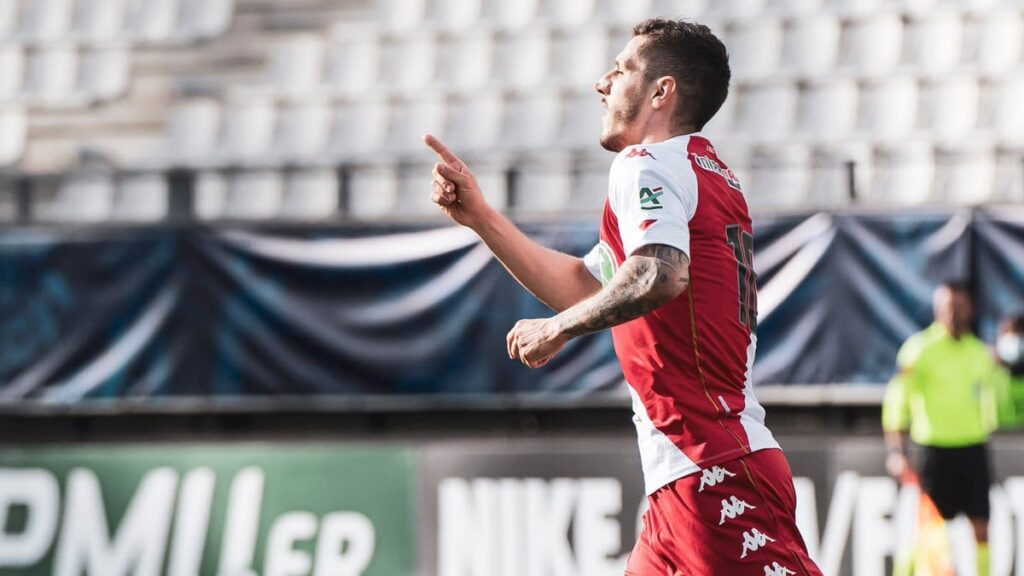 Whether coming off the bench or starting from the outset, Stevan Jovetic is certainly proving what an asset he is for Niko Kovac’s AS Monaco.

The scorer of five goals this year from just 461 minutes of action in all competitions, Kovac has relished having such an experienced and accomplished forward in his ranks. Although he’s only started five games due to Wissam Ben Yedder being Monaco’s undisputed starting striker, he’s served as a fantastic alternative to the French international.

“He shows very excellent things when he comes on. He has a very positive attitude. As a forward, he wants to score, as is the case with all of our offensive players,” Kovac recently said.

“He also gives a lot defensively to help the team. I know he wants to play more, even though Wissam (Ben Yedder) and Kevin (Volland) are performing very well. He has a great attitude, I’m happy.”

The 31-year-old then added: “Even though I only play five minutes sometimes, I still give it 100%. I try to make a difference. I would like to get this place in the starting XI, but for that you have to accept it and work to deserve it. It’s not frustrating, you just have to accept the situation. I try to do well. Everyone would like to be starting, that’s normal. But I feel good in Monaco.”

Technical, powerful, creative and fast, the experienced Montenegrin is unquestionably a real force to be reckoned with, for he can hurt opponents in so many different ways. Indeed, this was precisely the case against Saint-Etienne, as Jovetic illustrated why he’s such a nightmare for defenders to contain courtesy of his multifaceted skill set.

Handed a rare start by Kovac, he entirely vindicated his manager’s decision by putting in a shift littered with upside despite the early setbacks of missing a penalty and hitting the crossbar.

Immediately gathering himself, Jovetic made sure not to pass up his next big opportunity by scoring in the 13th minute with a beautiful finish across the goal into the bottom corner. Contorting his body superbly and picking his spot, his incisively placed finish was a testament to his striking instincts. Additional aspects of note from his goal came from his crafty feint to turn Timothee Kolodziejczak and slick shimmy to outfox Miguel Trauco to find the room to apply his finish.

To follow on the theme of his technical qualities, and his tidy ball control and first touch, in combination with his accurate passing, added to his worth. Enabling him to draw markers, cope with pressure admirably and hold onto the ball while waiting for an option, the strong forward’s ball handling came in handy regularly. Then, when it came to his distribution, the talented talisman struck some wonderful switches of play, crisp through balls and linked play with some sharp flicks and one touch passes in close quarters.

Supplementing the aforementioned with his efficient movement, this element of his armoury was vital towards his success.

To begin with, his runs in behind were a highlight, as he directed and timed his movements expertly. Pouncing once he recognised a teammate had the ball on their preferred foot, was in an ideal body shape to spot him and had enough time to find him, he got on his bike rapidly. Curving and angling his runs to not only stay onside, but also to exploit the blindside of markers and target gaps between defenders who were preoccupied or ball watching, he did a good job of attacking usable space. Furthermore, Jovetic was also able to gain separation by using cunning zig zags, double movements and stop gos to unbalance markers.

It was interesting to see how effectively he pinned and drew markers out of position to create space for others to either run in behind or receive in front of him between the lines. Knowing defenders were so wary of his threat, he’d often stand between markers or move across them so they’d lock onto him, thus manufacturing room for his colleagues. The below graphics offer some glowing examples of how beneficial his aptitude in this regard was for Monaco.

Jovetic’s clever run into the box prior to Aurelien Tchouameni’s smashing strike deserves mention too, for he and Volland attracted two trackers to generate huge amounts of space for him to launch his shot.

The way he dropped deep in order to link play with his back to goal offered extra upside. Picking his moments when to check towards the ball, he excelled at getting free of his marker, holding the ball up and passing the ball coherently once in possession. The above had the added byproduct of regularly luring out his marker, enabling runners to take advantage of the newly vacated space.

Being quite a strong and imposing figure also helped him offer himself as a target for long balls when Monaco couldn’t beat the press, for he won some key aerial duels to help his team regain second balls high up. Whether flicking on headers to a runner or nodding down to an option in front of him, his presence was very valuable indeed. It was important to note too how Monaco would set up around him by outnumbering their foes so they were ideally prepared to win the second ball.

By the numbers, his five shots, five touches inside the box, two dribbles, two won aerial duels and four accurate passes into the final third ( at 100%) demonstrated his significant body of work.

In some really promising form currently, Jovetic’s certainly putting his best foot forward in his quest to earn more starts and minutes overall.

Giving his team a terrific option no matter what the situation, having a player of Jovetic’s quality has been so crucial, for he’s got the unique talent and quality to give Monaco a real spark in the final third – just as he did against Saint-Etienne.