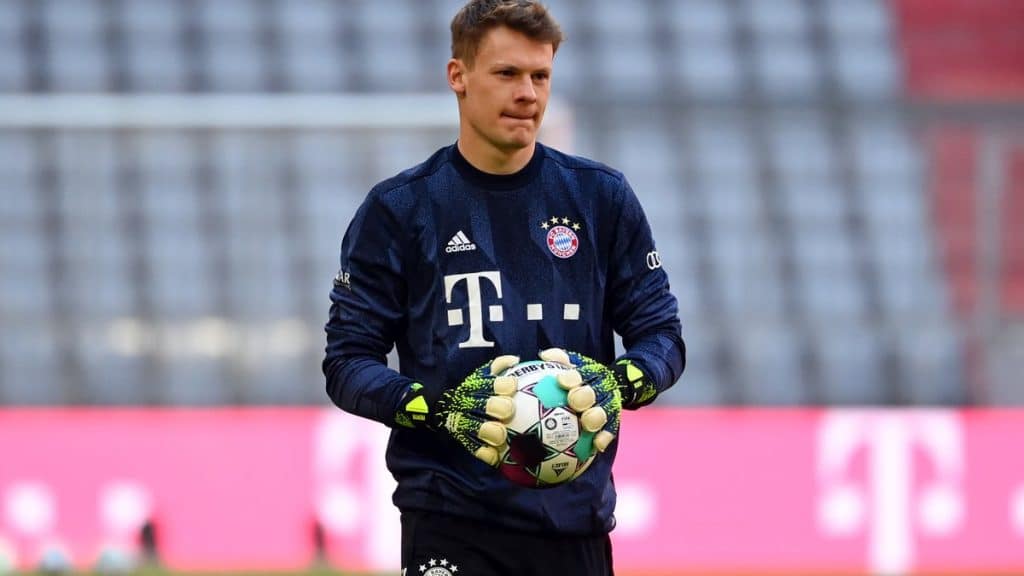 Highly regarded and full of talent, AS Monaco’s capture of Alexander Nubel on loan from Bayern Munich is certainly a fine piece of business.

Expected to challenge Benjamin Lecomte for the number one goalkeeper post, the German, who’s desperate for playing time after being the backup to Manuel Neuer at Bayern, will be raring to stamp his mark.

Clearly unhappy and disgruntled at being granted just 360 minutes of action for the Bavarian giants in the 2020/2021 crusade, Nubel’s delight was evident when speaking on his Monaco arrival. “I am very happy to join AS Monaco, a club which is recognised and followed in Germany,” he gleamed.

“AS Monaco have  just had a very good season and are about to play in the Champions League. I am very enthusiastic about the idea of joining this compelling project, to bring my contributions to the betterment of the whole and to play in a new league.”

Having proved his immense quality during his two professional seasons with Schalke 04 before joining Bayern ahead of last term, he’ll be looking to return to this level at Les Monegasques.

Ambitious, confident in his ability and dedicated to his craft, the former Schalke captain is an authoritative figure between the posts, with him proving he’s a strong character and leader on the pitch.

As shown during his time with Schalke, the 24-year-old’s an exceptional shot stopper, who was up there with the elite keepers in the Bundesliga.

Possessing razor sharp reflexes, good instincts and sound positioning, this all combines to give him a strong foundation to execute his actions.

Quick with his reactions, powerfully postured to move and alert at reading what the shooter will do, it’s impressive how well he gets down, across and upwards to make his saves. As shown in the graphics below, it’s a joy to watch how smartly he responds to shots from range, up close and in 1v1s.

Boasting a terrific wingspan and able to make himself extremely wide using both his arms and legs, this helps him make the goal as small as possible for his foes, thus compounding issues for them. The aforementioned notably helps the 193cm net custodian wait as long as he can before committing to his save or to coming off his line.

While he’s a truly elite shot stopper, he’ll know there’s room for improvement in some key areas. To start with, he can sometimes be indecisive when coming off his line and coming to claim crosses, where he occasionally makes the wrong decision or lacks conviction whether to come or hold his position.

Also showing the odd error of judgement, this isn’t too much of a concern, however, for he has plenty of time to rectify all of this as he’s still very young in keeper terms.

Considering he hasn’t played much at all in the last 12 months, it’ll be fascinating to see how he plays. But seeing as he’s worked alongside the masterful Neuer and within the ultra competitive environment at Bayern for a year, there’s no doubting he’ll have learnt plenty towards developing his craft.

Meanwhile, the German’s competence with the ball at his feet is another highlight. With Niko Kovac wanting his side to pass out from the back during build up, Nubel will have little worry adhering to these demands, for his passing is at a high level.

Although he’s not at Neuer’s level, he’s very assured with his passing over short, medium and longer distances. Calm, composed and assessing his options coherently, this gives him an excellent base from which to instigate attacks by finding his targets and picking the right option.

Whether hitting clipped balls to the fullbacks, booming balls to the forwards or breathing life into counters, his long range distribution is valuable in helping his team to beat the press by going over it and in terms of giving his team a decent chance of regaining second balls.

Concise and precise in his short passing, he typically keeps things simple, wanting to move the ball quickly to unbalance the opposition first line of pressure. Striking his passes with ideal weighting and accuracy, he mostly finds a teammate’s preferred foot so they can subsequently heighten their chances of completing their next action.

Capable of progressing the ball through, around or over the press, plus key in creating overloads in the first phase of build up, this aspect of his armoury will be an asset for Monaco.

A keen identifier of players that will improve this Monaco squad, Paul Mitchell, the club’s sporting director, deserves credit for the astute capture of Nubel. “Despite his young age, Alexander has already displayed a high level of performance at the national level, and has accumulated a compelling level of experience at the international level, both in the Champions League and with his country’s U-21 team Looking at the season ahead, his contributions will be an undeniable asset for the competitiveness of the squad that we wish to make available to Niko,” Mitchell explained.

Kicking off Monaco’s transfer window in style, Nubel is a goalkeeper that’s ready to come in and hit the ground running immediately. And one who’ll add some vital depth and additional quality to their shot stopping ranks.

At a perfect age and with still so much scope for improvement, the ultra motivated and determined Nubel will be desperate to make the number one spot his own, especially considering what a tough time he endured at Bayern.

The race between him and Lecomte for the number one job will unquestionably be fierce once preseason training resumes.