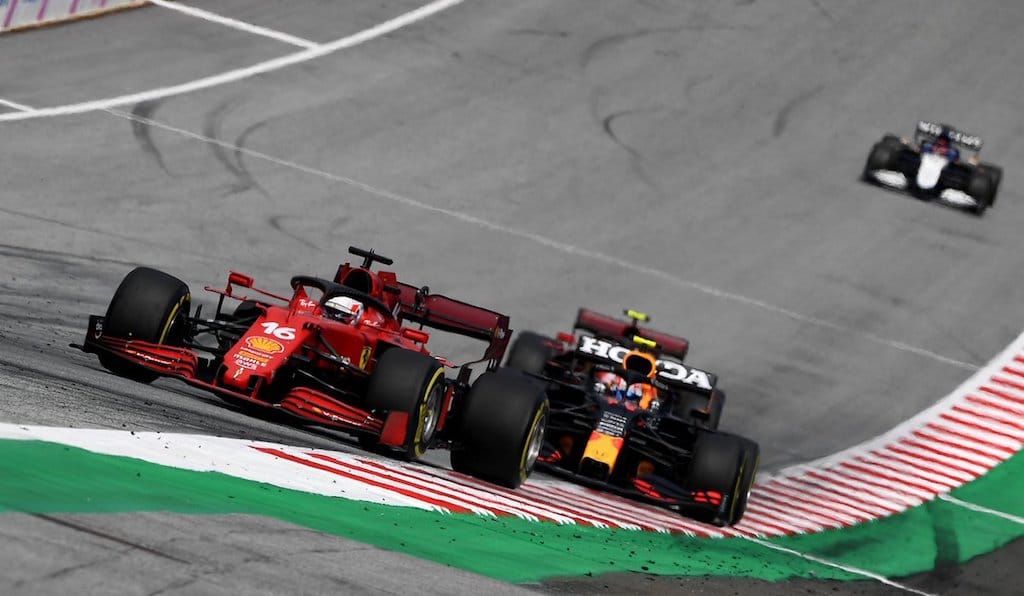 Just one week after winning the Styrian Grand Prix, Max Verstappen (Red Bull) made another win on the Spielburg circuit at the Austrian Grand Prix on Sunday. Charles Leclerc (Ferrari) finished the race in eighth place.

Winner of both the French and Styrian Grand Prix, the Dutchman has now claimed his third consecutive victory, giving him a total of five wins this season. Head and shoulders above the rest, he dominated the track this weekend, starting off in pole position and never once losing his lead.

Crossing the line in fourth place, behind his teammate Valtteri Bottas (Mercedes) and fellow Brit Lando Norris (McLaren), Lewis Hamilton was unable to challenge Verstappen’s lead. With another win under his belt, the Dutchman secures his position at the top of the leaderboard.

Starting in twelfth place on the grid, Charles Leclerc (Ferrari) made up ground and was able to claim points after finishing in eighth place. Sergio Perez (Red Bull) battled it out with the Monégasque throughout the race, ending up in the gravel at one point, before Leclerc ultimately took fifth place behind his team mate Carlos Sainz (Ferrari).

>> READ ALSO: Gildo Pastor, a man in love with motorsport

“We decided to use two different strategies and I think that was a good move by the team,” explained Leclerc during an interview with Canal + after the race. In the current standings, Verstappen is head of the leaderboard (182 points), in front of Lewis Hamilton (150 points) and Sergio Perez (104 points).

The next race is in two weeks time at Silverstone (Great Britain).