Philippe Clement (AS Monaco): “I want to create a family” 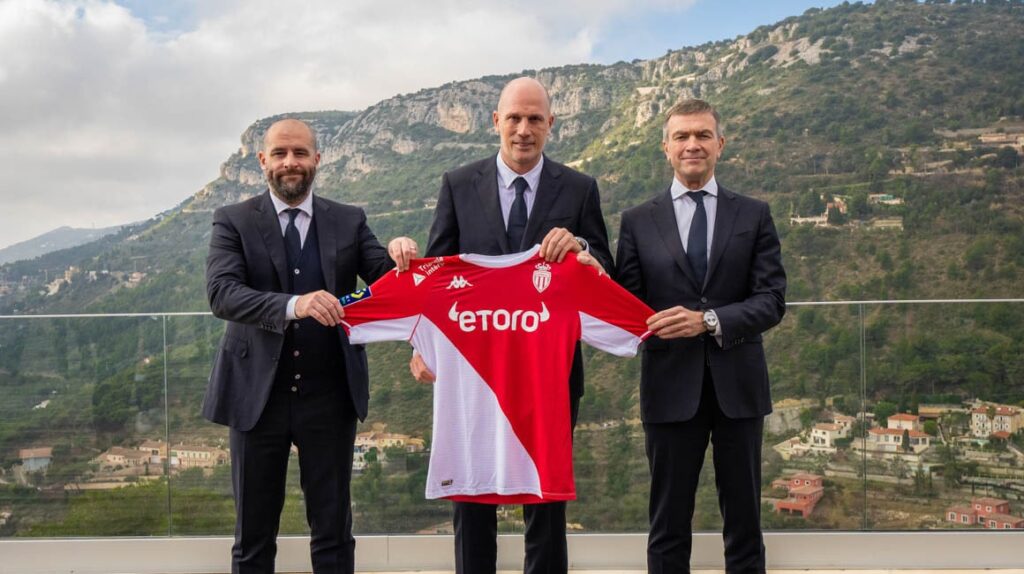 The new AS Monaco coach was presented to the press this Wednesday at the ASM’s Performance Center, alongside Oleg Petrov and Paul Mitchell. A successful first media appearance.

Philippe Clement spoke for the first time in his new role as AS Monaco coach in almost perfect French, a few pronunciation issues aside. The Belgian manager, who arrived a few days ago from Club Brugge, answered journalists’ questions for almost an hour. It was an opportunity to talk about his arrival on the Rock. But also to provide an update on the club’s objectives.

“The project is ambitious, with many young players and experienced players”, he said, and went on to express his desire to create real cohesion between the players but also all the club’s stakeholders. “I want to create a family (…) with ambitious players who aren’t afraid of losing.”

A quick return to the top of Ligue 1

With a distinguished reputation in Belgium, having won the league title three times in a row with Genk and Club Brugge, Philippe Clement gave some early indications on his approach. “We always have to adapt to the qualities of the players. But my philosophy has always been to have a dominant team, one that plays offensively, and with a lot of commitment.”

The Antwerp native stated that pressure would have no impact on his love for the job of coach. “I experienced it in Bruges, after winning the title with Genk. The goal was the title, and we won it twice in a row. I like this kind of pressure, it is not a negative. It shows the club has ambition.”

Philippe is a serial winner, the right profile at the right time to help us take a step further in our ambitious project.

Oleg Petrov and Paul Mitchell are not about to disagree. AS Monaco’s Vice President and CEO and Sporting Director restated the club’s ambitions. “We would like to thank Niko Kovac and his staff for the work they put in. They set up the first phase of our project and we wish them the best for the future”, said Petrov, before adding a few words about the new ASM coach. “Philippe Clement is the ideal trainer to embody our project. His playing and coaching experience proves it.”

An observation shared by Paul Mitchell. “Through our relationship with the Cercle Bruges, we have had front row seats to watch the growth and development of Belgian football. We saw the excellent work that Philippe Clement did not only at Club Brugge but also at Genk. Philippe is a 3-time serial winner, the right profile at the right time to help us take a step further in our ambitious project.” Disappointed by AS Monaco’s results at the mid-season break, Paul Mitchell has repeated on several occasions that the team is currently not where it should be and that “the objectives set in the summer were not being fulfilled to the level we felt they could”.

Sixth in the championship and out of the top 5 since the start of the season, AS Monaco is currently sailing far from its waters. “We have a slogan. We want to rise again to be the rivals of the favourites. Today, we are 17 points behind Paris Saint-Germain. Compared to our ambitions, this gap is far too wide.”

With Philippe Clement, the Monegasque management hopes to see the team climb back up the table and get closer to the top places, while having a good run in the Europa League. But the other objective set by the management is to help the group’s young players to progress. This is one of Philippe Clement’s strengths, as witnessed by the emergence of Krepin Diatta with Club Brugge.

This Sunday (5 p.m.) in Nantes will be Philippe Clement’s first appearance on the AS Monaco bench and in Ligue 1, a championship that he considers “physical” and “similar to the Belgian championship” with a “higher level”.  A championship that he has studied closely, so as to observe Paris Saint-Germain in particular, who he met this year in the Champions League (1-1, 4-1). “It’s an honour to coach in France, in one of the five biggest championships in the world. I hadn’t expected to leave Bruges mid-season. But in life there are unforeseen opportunities. When the train turns up, you need to get on board.”