Analysis: Embolo an intriguing addition to AS Monaco’s offensive ranks 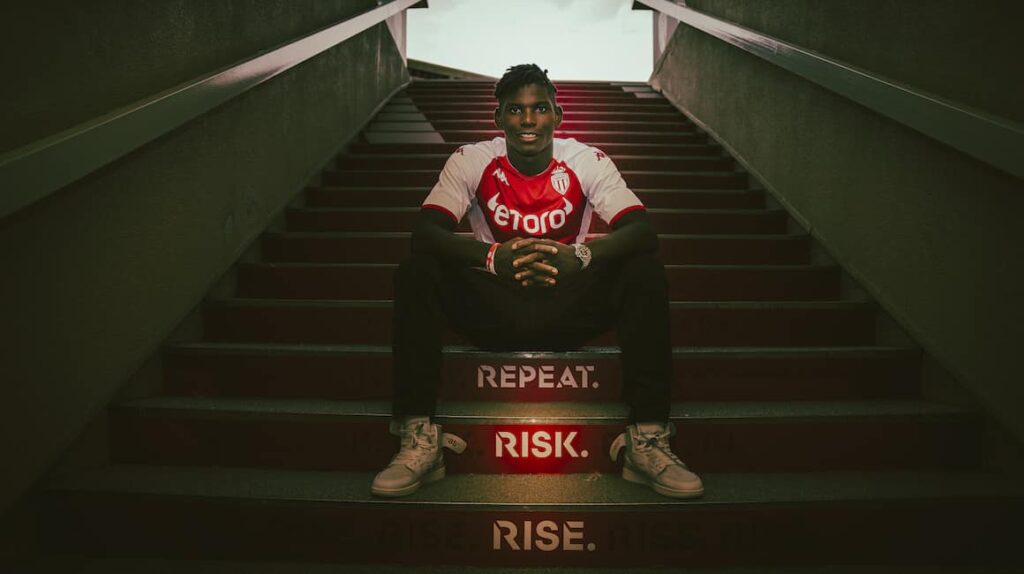 Adding some vital quality and squad depth to AS Monaco ahead of what looms as a busy season for the club, the signing of Breel Embolo is a handy addition to their offensive ranks.

Having plied his trade in the Bundesliga for the last six years, splitting his time with Schalke 04 and Borussia Monchengladbach, the talented Swiss international was ready for a new challenge. And Monaco offered him an ideal opportunity for the fresh start he craved, with Embolo now eager to repay the club’s faith in him by hitting the ground running.

“I am very happy to join AS Monaco and to be part of this magnificent project. I would like to thank the management for giving me the opportunity to join such a great club. I want to integrate as quickly as possible and bring my qualities to the team. I’m looking forward to discovering my new environment and Ligue 1, a league whose level is constantly evolving,” a delighted Embolo gleamed.

Boasting plenty of high level experience despite only being 25, Embolo notably racked up 136 Bundesliga appearances, featured in 12 Champions League games and enjoyed 12 matches in the DFB-Pokal during his German adventure, which will hold him good stead to stamp his mark for Monaco. Moreover, the fact the versatile attacker, who can play as a striker or out wide, scored a solid 37 goals and supplied 29 assists during this spell adds to his value.

Also proving himself to be a key figure for Switzerland, where he’s played at a World Cup and a Euro on his way to scoring nine goals in his 56 caps, this further illustrates what a positive career he’s had so far.

There is, however, a sense that the best could still be yet to come from the gifted Embolo, who’s just coming off his best goalscoring Bundesliga campaign, which is why the prospect of him linking him up with Monaco is so intriguing.

Athletically gifted and an imposing physical presence who stands at 187cm, Embolo can be a real nightmare for defenders when on top of his game. As a result of his aforementioned characteristics, this ensures he is effective both playing as a winger or when leading the line as a centre forward.

Boasting the strength and size to hold the ball up while withstanding pressure, the height and power to rise up to win his headers and the speed to thrive in 1v1s and when running in behind, Embolo’s attributes will give Philippe Clement’s many options as to how best to use him.

Offering a great target to help his team win second balls and to be a threat for crosses and set pieces, his aerial prowess should be especially key for Monaco, who predominantly have smaller, technical attackers.

Nifty with his movement and knowing when to drop deep to connect play or surge in behind or down the channels, this should ensure he’ll always be offering his teammates solutions.

To focus on his runs into depth and into the box, and the speedy attacker times and angles his surges shrewdly to get the jump on opponents and take up excellent positions to get on the end of chances. Targeting zones strategically depending on the location of his colleagues, opponents and the ball, this sees him regularly make quality runs and put himself in advantageous positions to score or latch onto through balls, crosses and cutbacks.

It’s also important to note how his threat and ability to pin multiple markers frequently generates openings for teammates, which the likes of Wissam Ben Yedder, Kevin Volland and Aleksandr Golovin will relish exploiting.

Switching the focus to his output with the ball at his feet, and the former Basel sensation’s dribbling skills, explosive pace and strength mean he’s a handful to contain. Never afraid to attack his man 1v1 and taking full advantage of any opportunity to drive upfield, the man with a neat first touch and sharp ball control loves getting at his adversaries.

Not only can he fend off foes and destabilise them while remaining balanced due to his upper and lower body strength, but he can also outfox them with rapid changes of pace and direction, slick shimmies, whirring stepovers and scorching cuts infield.

Supplementing the above with his passing, Embolo has demonstrated over the years how effectively he can conjure chances and breathe life into attacks with his aptitude here. Be it threading through balls on the ground or in the air, knitting play together with neat flicks and backheels, firing measured crosses and cutbacks into the box or hitting line breaking passes into feet, this adds to his menace in the final third. The examples below serve as a testament to his ability to manufacture openings in a coherent, imaginative and precise fashion.

Embolo’s polished finishing also warrants mention, for he possesses a crafty arsenal of finishes to find the back of the net from a wide array of situations. Able to score with power, finesse and placement, Embolo’s shot selection on either foot is often on point. Subsequently, he knows when to unleash efforts from range, open up his body to place his shots, acrobatically launch scissor and bicycle kicks, get the better off keepers in 1v1s, hit the corners, adjust his body to prepare for headers, remain calm for rebounds or hit nifty dinks.

Clinical and instinctive, this, in combination with his other endearing attributes, make him a joy to watch in full flight, for he can terrorise backlines in a multitude of ways.

Meanwhile, in terms of his defensive efforts, he exerts himself admirably in this phase too, as he uses his athleticism to lead the press, get back to offer support, unbalance foes in the challenge and just generally make life uncomfortable for them. Being so fast and having worked under some excellent coaches means the feisty Embolo harries his targets rapidly but also curves his pressure to block passing lanes behind him.

Awake to triggers like a pass into wide areas, a sloppy, backwards or underhit pass and if an opponent is about to receive in an open body posture or with their back to goal, he pounces quickly to bring the heat.

Joining Monaco with his best years ahead of him and having already notched over 300 professional appearances, the acquisition of Embolo, who was mostly deployed as a striker last term, is littered with upside. “We are very happy to welcome Breel to AS Monaco. His profile complements our already strong attacking options and adds more depth to the squad for the upcoming matches,” explained Paul Mitchell, ASM’s sporting director.

“At 25, Breel has won titles and been challenged within the structure of the Champions League. Moreover, his presence in the national team and his participation in a World Cup and a European Championships give him an experience of performing in the big events that will be precious for us. Arriving now in his peak years, we welcome him!”

Primed to make an impact from the outset, if he can cut out the off-field missteps and find his consistency, issues that have plagued him in the past, the signing of Embolo could be a real masterstroke.

Set to be a real asset for Clement’s team whether starting matches or injecting some spark off the bench, watching how Embolo fares will be fascinating, for he’s got all the tools needed to emerge as a key protagonist for this exciting Monaco team.