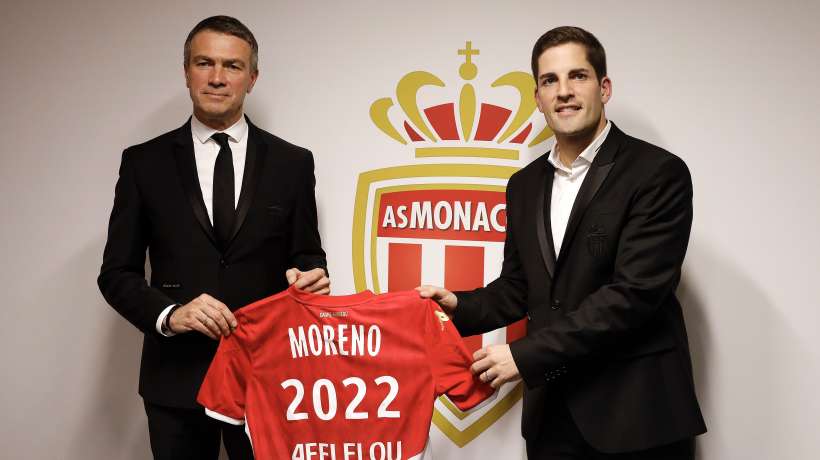 Grateful for the opportunity and determined to demonstrate his best skills as AS Monaco’s new manager, former Spain boss Robert Moreno spoke to the press after having led his first training session with the squad.

AS Monaco Executive Vice-President Oleg Petrov officially presented Moreno at the Stade Louis-II, saying that despite the unusual circumstances of replacing Leonardo Jardim with Robert Moreno mid-season, ASM’s management believes it has found an “ideal match” for the club.

The new head coach of the Monegasque club thanked Dmitry Rybolovlev and Oleg Petrov for their confidence in him and promised to do his best to make everyone proud of the club. “I want to win all matches no matter who the rival is. We need to work in this unusual situation in the middle of the season and it will be everyone’s effort,” said Moreno.

“ASM’s history is full of young names who have proven to be very successful coaches and big stars. ASM is a unique project, being a Principality and big club, it is not easy to find a perfect fit,” said Petrov.

“ASM offered me the most opportunities, a great team, a great league… My dream was always to be a top coach,” said Moreno, underlining that AS Monaco has many young talents with a lot of potential. Moreno brings with himself a team of five people, including a physician and a psychologist.

Moreno has previously won the 2015 Champions League, two Spanish championships, three Spanish Cups, one Spanish Supercup, and one Club World Cup with FC Barcelona (2014-2017), alongside Luis Enrique, whom he also assisted at AS Roma (2011-12) and Celta Vigo (2013-14).