AS Monaco lose to Nice in Riviera Derby 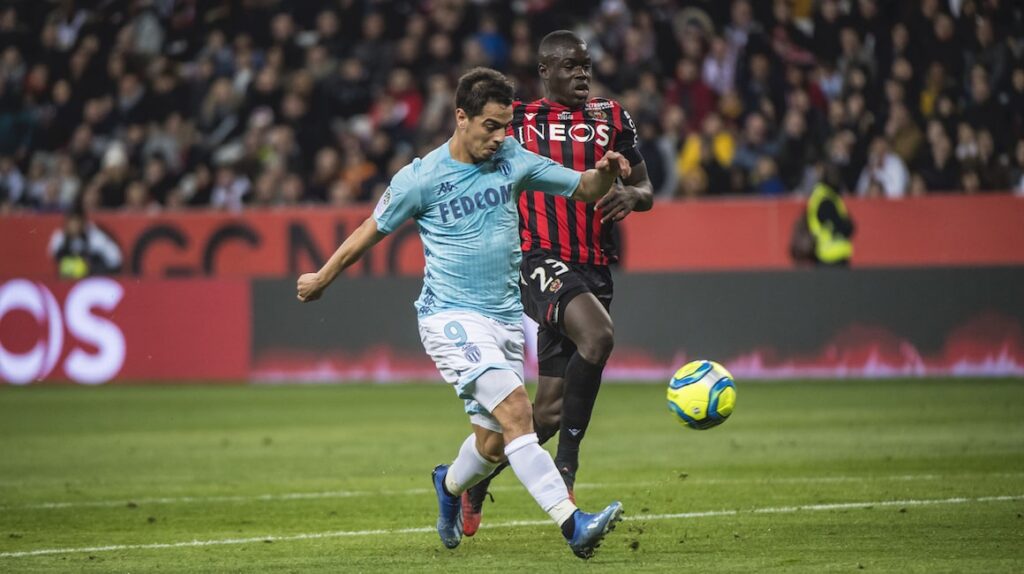 Despite leading at half-time, the Monegasques were caught off guard after the break and eventually conceded defeat in the dying minutes. A poor accounting operation that almost definitively condemned AS Monaco to the podium.

They will surely have regrets today. Perfectly kicked-off by a cold-blooded strike from Wissam Ben Yedder, his 18th goal in of the season, Robert Moreno’s men ended up losing out in the second half, allowing the podium to slip away with ten games to go.

It was a game that should not have been lost to both avoid seeing neighbours Nice come back on level terms and letting Rennes, Lille and Lyon escape ahead. Yet Islam Slimani’s team-mates were twice caught off guard by the unstoppable Kasper Dolberg, who scored a stunning double to keep the Monegasque hopes alive.

The Danish striker headed in a cross from Adam Ounas shortly before the hour mark, and first got the better of Benjamin Lecomte (1-1, 59′), before giving OGC Nice victory in added time by perfectly deflecting Moussa Wagué’s ball (2-1, 93′).

“This defeat hurts after the game we played,” said Robert Moreno after the match. “I think we deserved the victory, not even the draw. We played a good game for 90 minutes. The second half was more balanced but we had more chances than them, especially with the crossbar.”

In the standings, the ASM is now ninth, one week before they welcome AS Saint-Etienne.