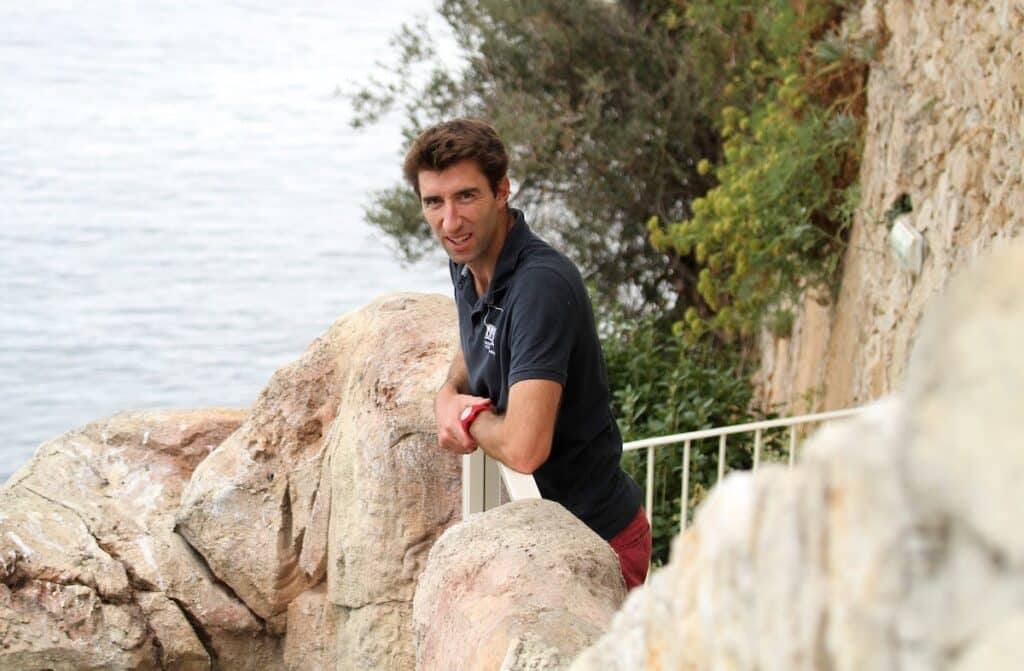 For the past five years, Olivier Brunel, has been head sea-life caretaker at Monaco’s Oceanographic museum. For the second episode of our series on the Mediterranean’s heroes, Monaco Tribune interviewed Mr. Brunel, a man in love with marine biodiversity and with the sea.

It took him a while to make up his mind. Olivier Brunel didn’t know the region; he had never even visited it. But after some deliberations, he packed everything up and moved with his wife and two children to the French Riviera. In the end, it was perhaps the Côte d’Azur that chose Olivier Brunel, not the other way around. “The museum was looking for someone to manage caretakers,” he recalls. “When they contacted me about the position, I wasn’t particularly keen. It took me a while to answer back. I wasn’t particularly attracted by the area – I come from Western France, you see. But I was up for a challenge, so I decided to accept, and today I like it very much,” he says.

It is true that in terms of marine biodiversity, at Monaco’s Oceanographic museum no wish is left unfulfilled. Olivier Brunel is at the head of a team of 10 caretakers, who watch over the 10,000 animals of the museum’s aquarium. The Yvelines-native is aware of the responsibilities that come with his position: From clown fish to black-tip sharks, turtles and seahorses, Brunel has to scrupulously monitor all of the museum’s ponds while keeping track of any behavioural changes. “Animals can get ill all of a sudden, even if we haven’t changed their food or their environment. There can’t be any issues with the various basins, because most of the people who come to the museum, come here for the aquarium. It is imperative that our animals be healthy and in shape. It’s at once a fascinating job and a very stressful one,” says Mr. Brunel.

“I can’t stay away from the sea for long, otherwise I get ill”

Brunel was charmed by the museum’s mission, which welcomes species from all over the world, be it the Mediterranean or the tropics. “At the museum, the primary objective is to draw economic profit, but to raise awareness amongst the public about the sea and the oceans, and their role,” he explains. Despite having grown up near Paris, Olivier Brunel has always had the sea in his heart. “My parents always took me to Brittany on holiday, and whenever we would come back, I’d always be annoyed that the sea was so far away. I always jumped on the first opportunity to see the sea once again,” admits Olivier Brunel. “I can’t stay away from the sea for long, otherwise I get ill,” he admits.

From Cyprus to Mexico

After studying agricultural engineering, Brunel spent ten years working in aquaculture in Cyprus and Mexico, amongst other places. After 5 years in Monaco, he has become a point of reference at the Oceanographic museum. If you find a turtle in the Mediterranean who needs urgent care and ring the museum, it’s Olivier Brunel who will answer your call. “It’s very important to differentiate between the aquarium and the health centre. The aquarium is a tool that the museum uses to build awareness about marine ecosystems, about their beauty of course, but also about their fragility. The health centre has another purpose. It is at the service of Mediterranean sea-life. No animal we cure ends up in the aquarium. Take turtles for instance, we treat and rehabilitate wounded sea turtles, before taking them back to the sea,” he says. For Olivier Brunel, it is not a question of owning the sea, it is a question of letting it live.