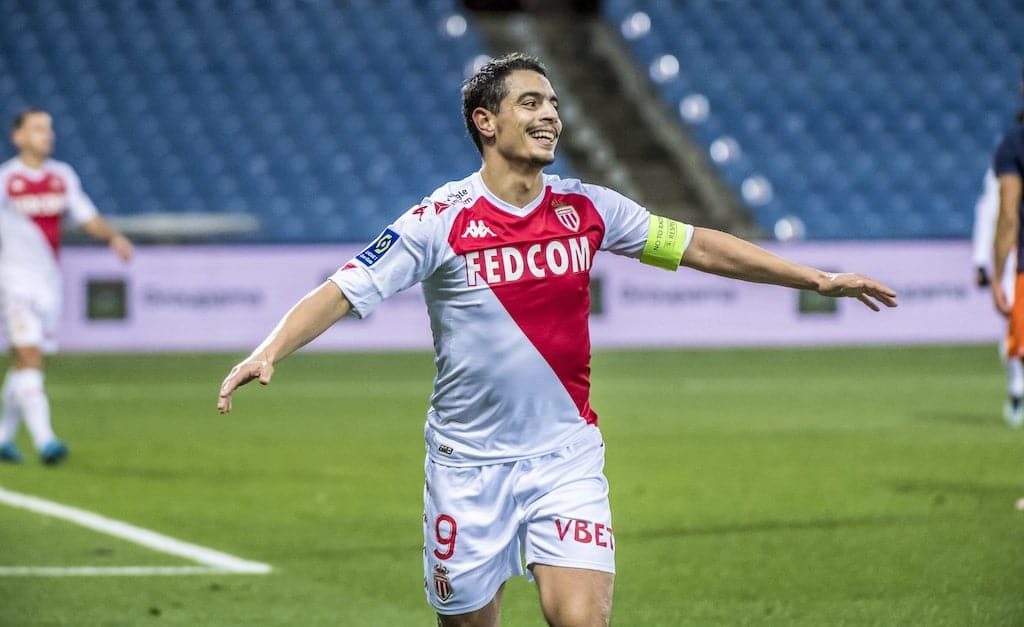 Having not scored in five games for AS Monaco, it was fantastic to see Wissam Ben Yedder bag a brace against Montpellier at the weekend.

Although he hadn’t been playing badly, he’d struggled to apply his usually deadly killer touch, so his return to the scoresheet will be a huge confidence boost for him. Considering he was struck down with coronavirus, which unquestionably hampered him, just like it has many other footballers, this was certainly a reason behind him not being at his best.

Following his exceptional outing at the Stade de la Mosson, Niko Kovac was full of praise for his captain. “I have no doubt in his qualities. Today he scored an important double,” he insisted.

“I would even say that he made a decisive action on the opener because nobody touched the ball before the goal by Kevin Volland. He also created a late-game scoring opportunity by playing in Aleksandr. He was very efficient offensively but also defensively. He was even better than against Angers; this time he was decisive in front of goal.

“As a goalscorer you always want to score. It’s in his DNA. He had chances and he scored two goals. His attitude was very good. He knew his chance would come. What was important to me is that he helps the team like he knows how to do.”

Starting in his customary centre forward slot, the Frenchman was a constant nuisance for Montpellier due to his expert movement, with this providing the foundation for him to flourish.

Forever buzzing, scanning and adjusting his position according to where the ball, vacant spaces, opponents and his teammates were located, his markers found him tough to keep tabs on. Seeing as Monaco were once again organised into their 3-2-4-1, Ben Yedder led the line with aplomb, as he smartly found space in front of and behind the defence.

Picking his moments when to drop deep to knit play together, he did so nicely, where his back to goal play and strength also served him admirably. A key byproduct of his aptitude here was that it would create space for Sofiane Diop or Kevin Volland to attack the newly vacated space due to a marker always following Ben Yedder. It was important to note, his colleagues repaid the favour too, for they often manufactured space for him to exploit.

Getting into those crucial zones between Montepellier’s lines of midfield and defence, defenders were caught in two minds whether to follow him or hold their shape, knowing Diop or Volland would be ready to run in behind.

The 30-year-old’s devastating runs in behind complemented the aforementioned, for his timing, curving and directing of his surges were a joy to watch. Always concentrating and awake to when a teammate had their head up and the ball was on their preferred foot, which would be the cue for him to instigate his run, he pounced when the time was right.

The fact he stood a few yards off his nearby marker meant he could gain some vital separation before jumping on his bike, meaning he couldn’t be impeded by a defender putting an arm across or getting touchtight to limit his momentum. A master at peeling off the back shoulder of his man, using zig zags, double movements and stop gos, this gave him a further edge to break free from his adversaries.

His first goal offered a testament to his aptitude in this regard, where he intelligently ghosted in between and behind Daniel Congre and Damien Le Tallec to apply his sublime headed finish. Instinctive, clinical and lethal with his end product, this passage encapsulated why Ben Yedder is one of the finest marksman in Europe when fully fit and firing.

Aside from his astute dismarking capacity, the way he quickly picked up the ball’s trajectory and speed warrants mention, for this saw him alter his body and run so he could perfectly connect with his wonderful glancing header.

A persistent menace in and around the final third, further upside could be extracted from his technical qualities. Neat and tidy with his ball control and dribbling, this ensured he could weave away from pressure to then execute his actions cleanly. Possessing a low centre of gravity and excellent balance, this meant Ben Yedder withstood challenges smoothly to remain upright or draw a foul.

Meanwhile, in terms of his passing, the diminutive forward linked play smartly with some crafty one touch link play and struck the odd through ball to set free teammate. His most telling contribution arose in the lead up to Monaco’s third, where his measured return pass to Volland helped the German win a penalty that Ben Yedder coolly converted.

By the numbers, his six shots, five touches inside the area, three accurate passes into the box and two dribbles demonstrated the danger he posed in the final third.

Already forming a formidable partnership with Volland, who himself has scored five in his last five games to ease the burden on Ben Yedder, once they both hit their straps simultaneously, Monaco will be an even more imposing threat.

So integral to Monaco’s plans, his return to form has come at an ideal time, for Les Rouge et Blanc are beginning to gain some momentum, as they’ve won four of their last five matches. Currently sitting fourth on the table and within reach of the Champions League spots, Ben Yedder will be hoping to replicate his polished outing vs. Montepellier in their massive clash with Marseille at the weekend.

If he can do that, then there’s every chance Les Monegasques will be able to take home all three points, which would be tremendous ahead of a run of very winnable fixtures for Kovac’s men.