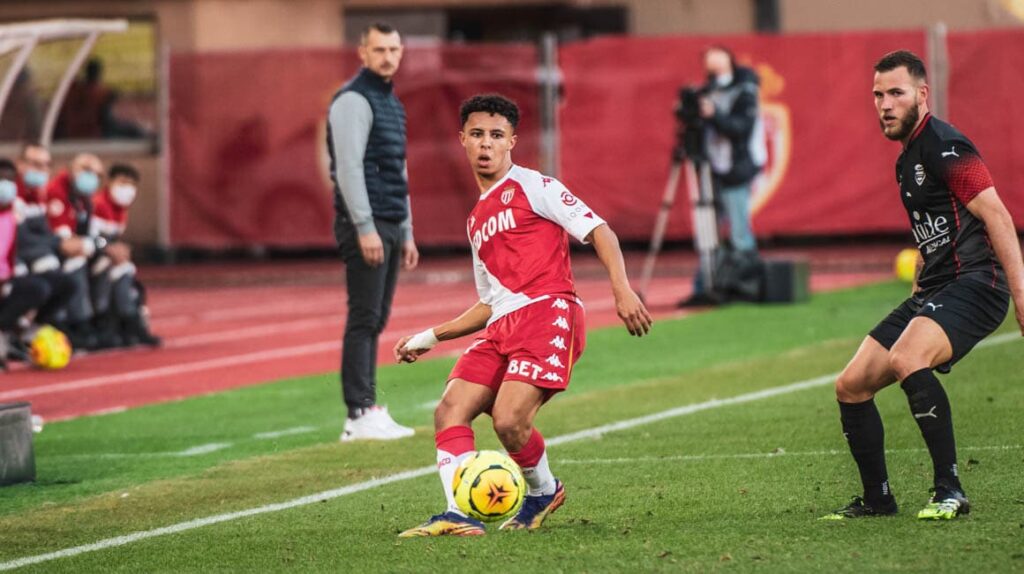 Considering Sofiane Diop wasn’t really considered a key player within Niko Kovac’s plans at the beginning of the season, his emergence has been a massive highlight for AS Monaco.

Through a combination of hard work, determination and patience, the youngster’s efforts have paid off handsomely, as Kovac has clearly been impressed and rewarded him with plenty of gametime. The fact he’s played 1286 minutes of Ligue 1 action, the seventh most among Monaco players, is a testament to his impact.

Diop’s comments on his rise offer an insight into how he’s gone from being on the outer prior to the season to now being a key man. “The club told us that nothing was set in stone,” he insisted. “I did what I had to do: work. The coach gave me my chance. I thank him for that. It’s up to me to go on the field, even if at the start I didn’t think of playing so much.”

Meanwhile, Kovac’s comments on the starlet shows how happy he’s been with him, explaining: “Sofiane was invested with a good attitude.If a player is better in training, I give him the opportunity. This is what happened with Sofiane.

“With the ball, he does great things. He is on the right track but nothing is certain. The road is long. He must progress in all areas.”

Saturday night’s game with Angers was another illustration of his progress, as he put in another promising performance. Deployed out on the left wing by Kovac according to the team sheet, Diop interestingly operated much more centrally than this, however.

As shown in the image below, he essentially played as an attacking midfielder in the left half space, as Monaco formed a 3-2-4-1 in possession, which allowed him to shine in this encounter.

Causing constant issues for Angers with his intelligent movement and positioning, this was a vital aspect towards his success. Excelling at receiving between the lines of Angers’ midfield and defensive units, plus between defenders, this meant he could get on the ball in dangerous central areas. Moreover, by scanning his surroundings, this ensured he knew whether he could turn instantly and surge upfield or if he needed to protect the ball from any incoming pressure.

The way he coordinated his movement with Caio Henrique was a big plus too. Due to Diop’s indented positioning, which often drew a marker towards him, this granted the Brazilian oceans of space to drive into to add width to attacks.

Indeed, the way Diop drew two markers prior to Monaco’s second offered a fine example of this. As seen below, this subsequently releases Henrique down the flank, which leaves him with plentiful time to assess his options before laying on an assist for Kevin Volland.

Henrique returned the favour for Diop, for he’d regularly attract an opponent, which opened up the channel or the gap between Angers’ right back and right sided centre back for Diop to exploit with neatly timed runs.

The duo would mix things up by executing slick rotations too. This would importantly cause marking dilemmas on who should mark who. As a result, either player usually had room to receive while Angers recalibrated their shape.

While he predominantly operated in the half spaces or in true number 10 areas, on the odd occasion he’d push over to the right and help overload this side. This offered another vital option for his team to progress via while destabilising the Angers backline by placing doubts in defenders’ minds.

Full of incision and quality in possession too, the diminutive Frenchman’s technical prowess saw him add much creativity and ingenuity to attacking phases. So press resistant due to his Velcro-like ball control, first touch and awareness, this enabled him to wriggle away from defenders in tight areas to crisply execute his actions. In addition, the way he’d receive the ball on his back foot, shielded the ball and generally adjusted his body shape to receive the ball to give himself the best chance of maintaining possession was brilliant.

Embarking on some explosive forward bursts, the nimble midfielder’s acceleration, in combination with his feints and shimmies, allowed him to beat his man or gain separation before passing or shooting.

Quick of foot and mind, his reading of the play and vision also came to the fore with his distribution, where he knitted play together effectively and generated some fine chances for his teammates.

Striking some excellent through balls, line breaking passes, measured crosses and engaging in some intricate link play, where his backheels and one touch flicks stood out, his inventive passing was a crucial weapon in his armoury. His masterful pass to tee up Volland warrants singling out, in a passage where he drew multiple markers with his dribbling before sliding an inch perfect through ball into the German’s path.

By the numbers, his four dribbles, four touches inside the box, two shots, two accurate crosses, two progressive runs and the fact he won 14 of his 21 duels punctuated his classy body of work.

After another performance littered with upside, the ever improving Diop once more emphatically demonstrated he belongs as a key member of Monaco’s first team.

All it took was for Kovac to give him a chance, as Diop’s entirely vindicated his manager’s decision both through his fantastic attitude and polished showings on the pitch.