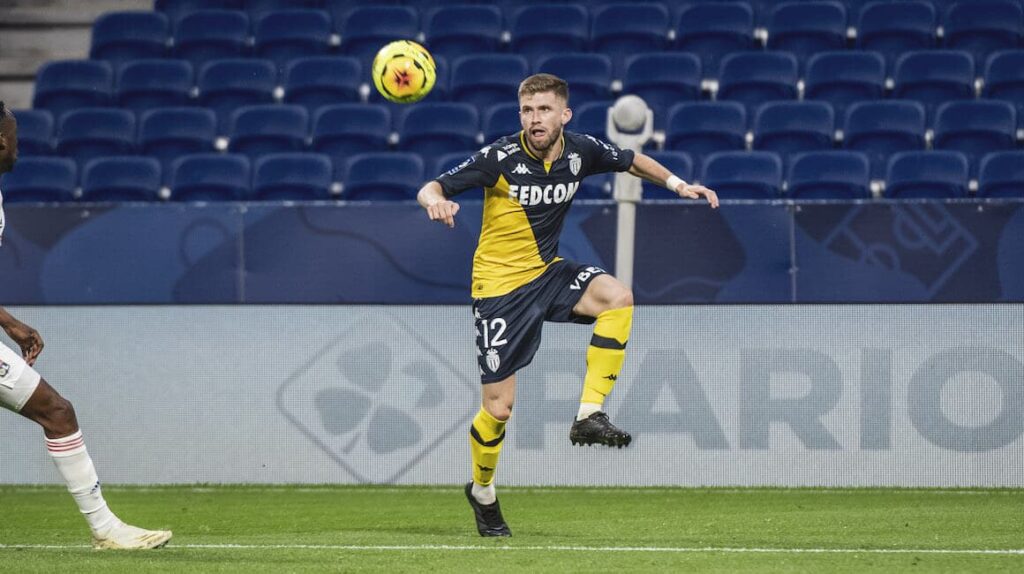 Signing Caio Henrique to a five-year deal was a real sign of belief from AS Monaco.

Joining from Atletico Madrid for a reported fee of €8 million, the Brazilian, who’s spent most of the last two years out on loan back in his homeland at Parana, Fluminense and Gremio, is keen to prove himself in Europe with AS Monaco.

Unable to endear himself to Diego Simeone at Atletico, where he only featured once for the first-team in the Copa del Rey, his loans offered him the chance to impress. And he certainly did, as Monaco’s astute sporting director, Paul Mitchell, recognised this and snapped him up.

“I had other offers in Europe but I saw AS Monaco as the perfect choice for me to progress and participate in the beautiful game that makes the reputation of this club, where young players work and play. I think this is the right destination for me,” Henrique explained at his unveiling.

Capable of playing as a winger or at left back, his versatility will give Niko Kovac some additional tactical flexibility, letting him mix things up depending on the situation. With Kovac already keen to give him some opportunities against Montpellier and Lyon, Henrique will be hoping to forge a strong relationship with his coach just like he did with Fernando Diniz at Fluminense.

Such an offensive weapon, the Brazilian Olympic squad member will give the Monegasques plenty of impetus with his running power and technical qualities. Eager to maraud upfield at every available opportunity, how he joins attacks while stretching backlines horizontally and vertically gives his team a fantastic outlet. Aside from providing valuable width and depth, the timing of his runs are a highlight, which sees him attack the box and the blindside of opponents so he can receive in advantageous 1v1s (or 2v1s) or latch onto passes.

Be it on the underlap or the overlap, Henrique can impact when hugging the touchline or motoring infield. In addition, by knowing when to help form ideal 4v3 and 3v2 overloads in wider areas to progress, this is another string to his bow. As he further integrates and builds relationships with his teammates, it’ll be expected to see him get better and better with time.

Accompanying the above with his ball carrying and passing, his dynamism, directness and incision is a big asset. Blessed with quality speed and acceleration, this, in combination with his skills to beat or unbalance opponents, sees him prove a troublesome foe. Using sharp body swerves, shimmies, stop gos and fake shots or passes, he gains separation from markers effectively before executing his actions.

The fact he has a clean first touch and tight ball control helps him immediately be in position to get at markers in 1v1s, where his characteristics often give him a qualitative superiority over his man. Being such a dangerous dribbler notably sees him draw multiple markers to disorganise opponents and consequently create spaces for teammates to use ahead.

Once ready to fire in a cross or cutback, Henrique’s very adept at doing so, with him able to tailor a range of crosses to oblige the runs of his attackers in the area. After assessing his options, he often makes good decisions whether to cut the ball back to the edge of the box or fire a cross into the near post, back post or centrally.

Weighting and measuring his deliveries nicely, he can drive, whip, loft or curl his crosses into the area depending on his options and the defenders around him. A player who demands the ball and wants to be involved at all times, there’s also a lot to like about how he helps in build up, combines in tight, hits splitting diagonal infield passes and slides crafty through balls in behind.

Encouragement can be extracted from his defensive exertions too, where he follows runners diligently, defends 1v1s smoothly from his balanced crouched posture and is solid in duels. Explosive and quick to react to opponents runs or moves on the ball, this means he responds efficiently to threats. His pace helps him recover his position or get back to support his defence too.

Moreover, his pressing is another plus, for he aggressively harries his marker if they receive with their back to goal, in an open shape, if a sloppy pass is on the way or if their first touch is poor.

While he’s not towering, the 178 cm wide man holds his own in aerial battles, where his judgement and leap ensure he wins a large chunk of his aerial duels against wingers who typically don’t thrive in this area.

Even though it’s still early days for him at Monaco, there’s much to get excited about in Henrique’s game, who at 23, possesses so many of the desired attributes in a modern fullback.

Watching his progress will be fascinating, as once he fully settles on the French Riviera, big things will be expected of the gifted Brazilian.