AS Monaco forced to settle for a draw against Montpellier 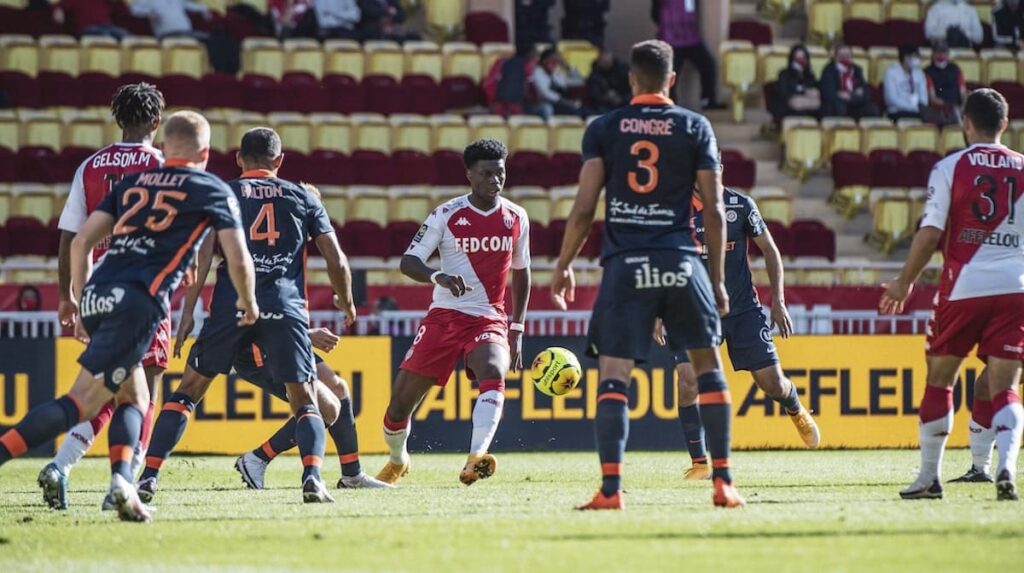 Despite dominating proceedings and playing against 10 men for over 70 minutes, AS Monaco were forced to settle for a 1-1 draw against Montpellier. Prince Albert II and president of AS Monaco Dmitry Rybolovlev attended in person this Matchday 7 of Ligue 1.

Finding it tough to break down the deep sitting away side, who took the lead after Stephy Mavididi capitalised on Djibril Sidibe’s error, Niko Kovac’s men eventually broke through when Wissam Ben Yedder levelled the score with a penalty won by Gelson Martins.

Outshooting their rivals 21 to three and having 80.6% of possession, Monaco’s coach was justifiably frustrated after the result. He did, however, show his class by praising Montpellier for their efforts. “Montpellier were very well organised, they are a team that defend very well, among the strongest teams in the league at the back, playing a five-man defense,” he explained.

“We dominated the match, we had possession, great chances. Unfortunately we dropped two points. I told the players that we all have to play together and therefore we all take responsibility for the outcome together.”

In a game where Kovac even deployed five attackers in the closing stages, it just wasn’t to be for the Monegasques. Next up they face a mouthwatering clash with Olympique Lyon, where they’ll be keen to brush up on their efficiency in front of goal and secure all three points.