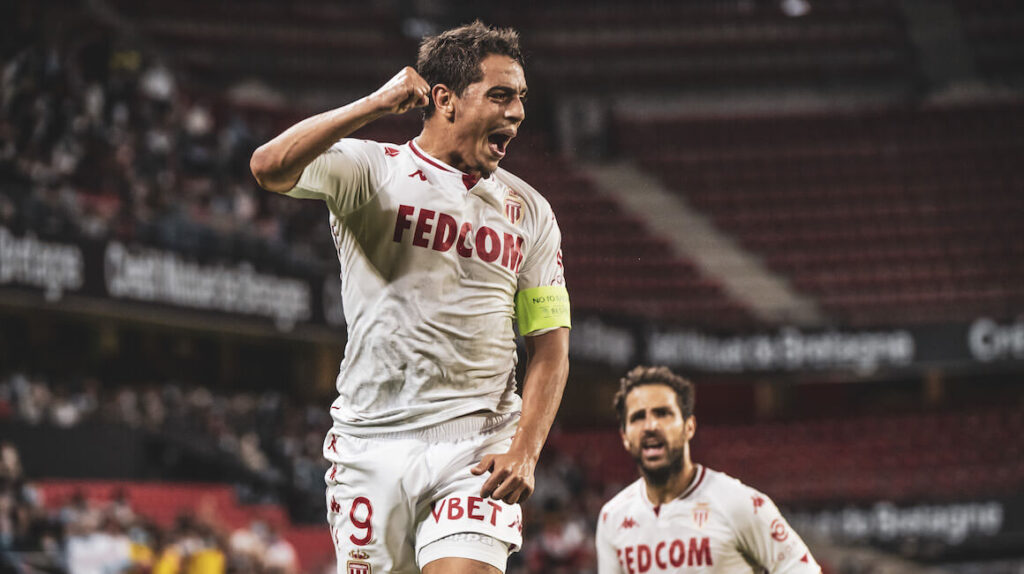 Despite going goalless in Ligue 1 action heading into AS Monaco’s captivating clash with Rennes, Monaco boss Niko Kovac showed full faith in Wissam Ben Yedder when speaking on the issue, insisting he’d find the back of the net soon.

“While he hasn’t scored yet, I don’t think we should talk about frustration, but more disappointment. But I think he has created a lot of scoring chances in the first few matches, he hit the bar twice, he scored for us in preseason and was also decisive with the French team. I’m not worried about him, he will score in the next few matches for sure,” he stated.

And score he did, as Ben Yedder rifled home a magnificent goal at Roazhon Park to give the away side the lead. Although Les Monegasques ultimately couldn’t secure all three points, losing painstakingly at the death, Ben Yedder accompanied his goal with a polished showing.

So intelligent and awake to openings within the Rennes backline, the star forward’s movement was a fundamental factor towards his success.

By cleverly altering the starting points of his runs across the width of the Rennes backline and positioning himself between the central defenders or central defender and fullback, this caused indecision in who should mark him. Ben Yedder duly took advantage of any split seconds of confusion to get the jump on his opponents.

An absolute master at timing, angling and directing his runs in behind, he was a constant deep threat for the away side. Rapid to embark on his runs when he saw the likes of Cesc Fabregas, Youssouf Fofana and Aurelien Tchouameni with the ball on their preferred foot and with their head up, he astutely got on his bike.

Interestingly, when he exploited the space in the channels behind the fullback, he’d smartly position himself on the side nearest to the ball to enhance his chances of latching onto through balls ahead of his man.

So hard to gauge and come to terms with, the Rennes backline, which was often implementing a high line, struggled with his movement and how he gained separation from his adversaries throughout.

Instinctive and incisive with his movement inside the box too, this saw him peel off markers, attack the front or back post or hold his run at the edge of the box. Reading the play coherently and quick to react inside the area, his goal offered a testament to his nous in this area, where he anticipated the ball drop before instinctively thumping home. Indeed, his six touches inside the box and four shots illustrated his prowess here.

When not marauding upfield, the France international did a fine job of pinning and drawing markers out of shape so teammates could find space to wreak havoc. This was especially notable when he dropped deep to link play or rotated out wide with Sofiane Diop, with him helping to manipulate the Rennes backline efficiently.

To keep the focus on his checks towards the ball, and he timed his drops well to find space between the lines and to get free from his man. Both in methodical build up or in transition, he did a fine job of linking midfield and attack to offer a super outlet.

Once in possession, his sharp first touch and ball control, in combination with his low centre of gravity and balance, saw him hold the ball up brilliantly and withstand pressure admirably. Adept at twisting and turning away from danger with his mobility and superb dribbling, this added to his menace.

Rounding out his quality output with his distribution, Ben Yedder hit some lovely one touch passes in close quarters, broke the lines, switched the angle of attacks and struck some incredible through balls. One passage especially stood out, where he launched a sizzling through ball into Diop’s path after some nifty back to goal work.

A delighted Kovac was full of praise for his number one marksman afterwards, stating: “Wissam scored a fantastic goal that few attackers can score. I told him he was going to get a brace, but his second strike hit the bar, it will be one for next time. But I’m happy with his goal, it will give him even more confidence and it will probably be the first in a long series.”

Seeing as Monaco are currently occupying sixth place on the table, just three points from the summit, Ben Yedder will be an integral element towards them achieving their goal of returning to the upper echelons of Ligue 1.

With his account now open for the new campaign during a confidence boosting outing against table topping Rennes, both he and the club will be hoping this is the catalyst for a strong run of form.