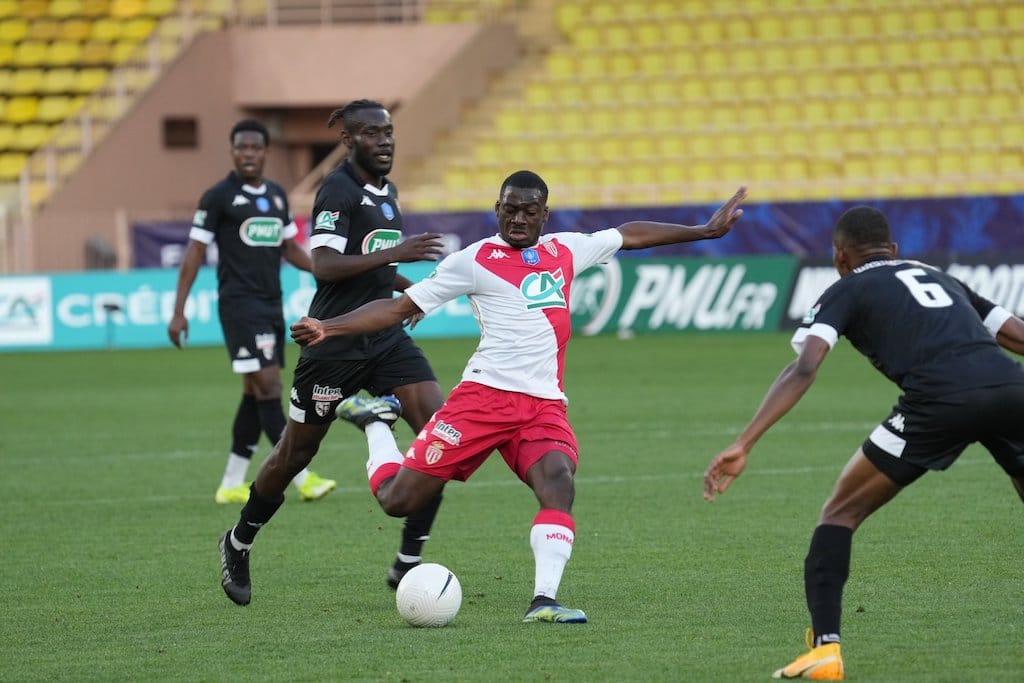 AS Monaco overcame Metz in the Coupe de France in a tough clash that they eventually won on penalties to progress to the quarter finals. Here are our player ratings from the match.

Radoslaw Majecki (6): Was attentive and handled whatever Metz threw at him comfortably on his way to making some classy saves.

Djibril Sidibe (7.5): Put in an excellent shift on both ends, as the Frenchman was focused, aggressive and showed fine judgement. A rock defensively, he chimed in with some key interventions and was always strong in his duels. Capped off his night by scoring a penalty in the shootout.

Benoit Badiashile (6): Although he was taken off at half time, Badiashile was largely solid, helping his team both with and without possession. Replaced by Axel Disasi, who did a polished job at the back.

Guillermo Maripan (7.5): Helped keep things compact at the back with his leadership and organisational skills. Forceful in his ground and aerial duels too, as he once again proved his worth.

Fode Ballo-Toure (7): Embarked on some awesome forward bursts before firing in some dangerous crosses, with his dynamism a vital attacking element. Notably undertook his defensive duties with physicality and clarity, in what was a great outing for him. Replaced by Caio Henrique.

Eliot Matazo (6): Got through a power of work, showing his determination, stamina, ball winning prowess and desire to help his team. Although less effective than at the weekend, he still did his part. Replaced by Aurelien Tchouameni.

Youssouf Fofana (7.5): A master at recovering possession and heaping pressure on his adversaries in midfield. A force to be reckoned with offensively too, for Fofana’s surging bursts from deep and crisp passing added to his worth.

Krepin Diatta (5): Although he toiled on the defensive end and had the odd promising moment offensively, the Belgian struggled to stamp his mark on this one. Unable to wreak havoc on the dribble or threaten with his runs, he endured a frustrating evening. Replaced by Stevan Jovetic.

Gelson Martins (5): Making his first start since returning from injury, Martins couldn’t hit his straps. Will certainly rue missing some very presentable chances that would’ve given him a real boost. Replaced by Cesc Fabregas.

Kevin Volland (6): Not at his usual level, but still found space well, linked play neatly and made some quality runs in behind.

Wissam Ben Yedder (6): Engaged in some slick combination play and hit some penetrative through balls to oblige runners, which unfortunately weren’t finished off. He’ll know he can do better, but demonstrated his class by firing home a classy spot kick in the shootout.