Sasa Obradovic: “The Roca Team is a great opportunity for a coach ” 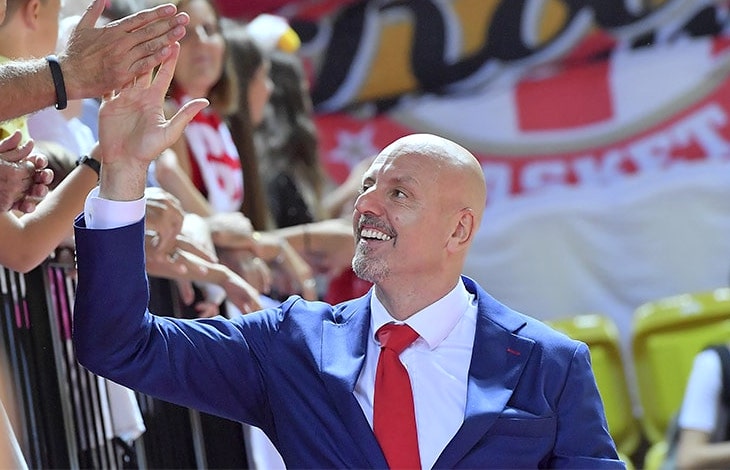 Back at AS Monaco Basket to replace Zvezdan Mitrovic, the Serbian coach made no secret of his delight at returning to the Principality’s club.

A familiar face is back on the Roca Team bench. After a successful first stint on the Rock between February 2019 and June 2020, Sasa Obradovic is back at La Roca, and with a lot of ambitions.

“The club is growing and had some very good results last season”, he told the club’s media. “Monaco has invested heavily and has a bright future ahead. It’s an ambitious club and those in charge are hungry. It’s a great opportunity for a coach ”.

He has strong ties with Sergey Dyadechko, president of AS Monaco Basket and Oleksiy Yefimov, executive director of the club, as he told us a few months ago, and he intends to take the team to the next level.

“There are a lot of very strong players, who deserve to play in the greatest European competition.  But there is a lack of cohesion in the team, and that is where my challenge lies.  I want a team that will fight, that would kill and sacrifice again and again, for each other.  Giving their all to win matches.  And above all a group where there is a sense of unity.”

Sasa Obradovic will be back on the Roca Team bench this Wednesday, December 15, away to Zalgiris Kaunas, in Lithuania. AS Monaco Basket is currently second in the French championship, tied with Strasbourg, and in sixteenth place in the Euroleague.