Many merchants across the Principality have signalled their intention to support International Children’s Rights Day, celebrated on November 20th every year, by signing up to the Children’s Moneybox initiative. Launched by the Department of National Education, Youth and Sports, the scheme allows shop owners and their customers to show support for the yearly event and donate money to a worthy cause at the same time.

Participating merchants simply place a donation box at the counter of their store and customers can choose to make a donation at the end of their purchases if they wish to. When the initiative has run its course, all of the proceeds will be forwarded to Monegasque humanitarian charities and organisations which specialise in promoting the needs and welfare of underprivileged children all over the world. As such, it represents an excellent opportunity for Monaco citizens – shopkeepers and patrons alike – to give something back to those less fortunate.

Additionally, the Department of National Education, Youth and Sports will work closely with eleven organisations across the Principality which deal with children to host a number of public conferences and lectures geared towards raising awareness of the subject. The eleven organisations included in the scheme are Action Innocence Monaco, Amade Monaco, Casa do Menor, Child Care Monaco, Children and Future, Digital Aid, The Children of Frankie, Interactions and Solidarity, Mission Childhood, Support Volunteering and Walking for Kids.

Monaco has consistently supported International Children’s Rights Day and is committed to doing so again this year. The event, also known as Universal Children’s Day, was established in 1954 and the date on which it is held, November 20th, is significant for a number of reasons. In 1959, it was the date when the UN General Assembly ratified the Declaration of the Rights of the Child, while in 1989, it adopted the Convention on the Rights of the Child on that day as well. More recently, it has become a crucial factor in helping people to promote and celebrate the rights of youngsters all over the world and often acts as a catalyst for the launch of new initiatives, measures and actions which help make the world a better place for the future generation. 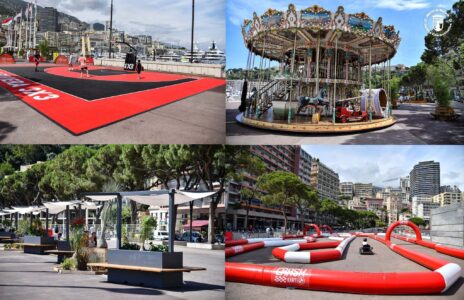