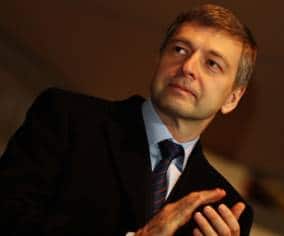 Russian billionaire Dmitry Rybolovlev has filed a $380 million lawsuit against international auction house Sotheby’s for allegedly aiding Swiss art dealer Yves Bouvier in conducting what Rybolovlev calls the “largest art fraud in history”. The suit has its roots in a 10-year, 38-painting deal between Rybolovlev and Bouvier worth over $2 billion in total, which the former claims featured massively inflated prices in order to line the pockets of the latter.

Rybolovlev amassed a fortune believed to be worth almost $7 billion from making fertiliser in post-Soviet era Russia. He is the owner of AS Monaco football club and reportedly purchased an expansive home in Florida from President Donald Trump for $95 million. Over a decade ago, he was connected to art dealer Bouvier, who oversaw the purchase of 38 classic paintings by artists such as Gustav Klimt, Leonardo da Vinci and Pablo Picasso.

However, Rybolovlev has since contended that Bouvier sold him the pieces for values far higher than those he himself paid – and that Sotheby’s knew about the discrepancy. In this latest lawsuit, Rybolovlev accuses Sotheby’s of lending Bouvier “a veneer of legitimacy” by failing to include transaction histories on the paintings in question and tacitly approving of Bouvier’s new valuations.

One painting in particular, Salvator Mundi by da Vinci, has been held up as an example – Bouvier paid just $80 million for the depiction of Christ before selling it on to Rybolovlev for $118 million, a profit far above the normal commission enjoyed by art dealers. However, Rybolovlev’s case is somewhat harmed by the fact that he in turn sold the same painting on to a Saudi prince for a whopping $450 million, though he has suffered a loss on many of the others.

For their part, Sotheby’s have rubbished the claims and indicated that they are pursuing their own court case against Rybolovlev, which was launched pre-emptively in November 2017 through Swiss courts. “Mr Rybolovlev’s latest desperate lawsuit is entirely without merit,” commented the auction house in a statement. “The false allegations that Mr Rybolovlev is making are already being litigated in the Swiss courts, which is the appropriate venue for this case.”