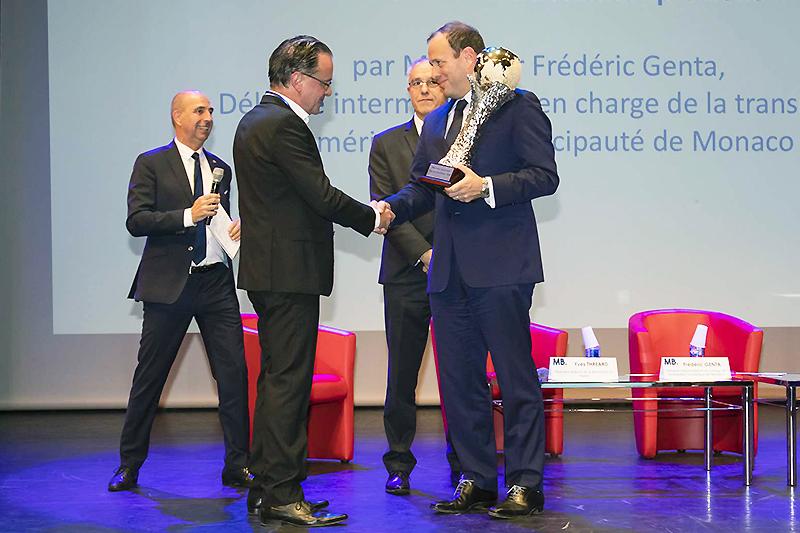 The surgical probe Tamanoir, developed by the startup company Surgisafe, was awarded the Digital Prize during the Monaco Business Expo professional trade fair.

The Tamanoir smart probe from the startup Surgisafe allows for immediate identification of abnormal or cancerous tissue during surgical interventions. It is also fitted with sensors for detecting the leakage of biological fluids during surgery. The product is revolutionary in its field.

The Tamanoir technology has earned its creator, Dr. Thierry Desjardins,  the Digital Prize, which he received from Frédéric Genta, the interministerial delegate in charge of the Principality’s digital transition on November 13th. The award presentation marked the closing of the 2018 Monaco Business Expo. Dr. Desjardins’ startup Surgisafe is integrated into the business incubator/startup accelerator known as Monaco Tech. The Tamanoir device won the prize ahead of two other Monégasque companies: Wings MC and Smart GDPR Privacy Solutions.

Tamanoir coming to a hospital near you?

The Tamanoir probe takes the form of an intelligent suction scope. The device’s captors can detect cerebrospinal fluid leakage in real time, control the quality and precision of a tumor removal, and assist in tumor abnormality diagnosis. Dr. Thierry Desjardins elaborates: “all of this can be done with specificity and sensibility at comparable levels to today’s most efficient and expensive diagnostic and image taking tools.”

Today, during a surgical intervention, the practician often discovers a leakage or a leftover tumoral mass after the fact, when symptoms arise. This surgical innovation is aimed at reducing post-operative complications that, today, often necessitate re-operating on a patient. T The Tamanoir device is single-use, which helps reduce the risk of sterilization issues.