French “yellow vest” protestors keep the pressure on, call for protests in Paris By partially blocking France’s roads last Saturday, the “yellow vest” protestors have successfully mobilized for their cause. They are now calling for a larger demonstration in Paris next Saturday.

The “yellow vest” protests continue this Wednesday around most of France. In the Vaucluse, blocked roads are reported in Bollène, Orange or Avignon. In the Bouches-du-Rhône, demonstrators are prohibiting access to the Fos-sur-Mer gas station.

The successful November 17th protest, marked by many blocked roads, encouraged the yellow vest movement to continue. Currently, the organization remains informal, but authorities fear more and more “radicalization” among the ranks. Indeed, the maintaining order is a complication of the highest priority for the recently named French Minister of the Interior, Christophe Castaner.

What are the dangers?

Though the situation appears to be under control, yesterday, Tuesday, a motorcyclist died after being involved in a collision with a van that was trying to escape a roadblock. The current numbers: two dead, 553 injured, including 17 in serious condition. 95 police and traffic officers have also registered injuries.

Authorities are particularly concerned about the popularization of the campaign. High school students have begun to take up the cause, notably in Salon-de-Provence and Aix-en-Provence. Students are sharing the movement’s slogans and messages. The same is happening with fishermen in the Seine-Maritime where men have attended rallies wearing the infamous “yellow vests.” It also seems that radical organizations are attempting to attach themselves to the movement. In Reunion, a curfew was put in place after urban violence nearly paralyzed the island. The chairman of the regional council announced that the local fuel tax, the source of the “yellow vest” anger, would not increase over the next three years.

290,000 “yellow vests” mobilized to rally on November 17th, according to official reports. For now, it appears that the movement will persist through November. Thousands beckon to demonstrate in Paris on Saturday, November 24. Much of the chatter has been spread thanks to social media, and there is even a Facebook event for it. It remains to be seen how many people will answer the called dubbed “Act 2: All of France goes to Paris!”

*As reported on the French portion of the Monaco Tribune. 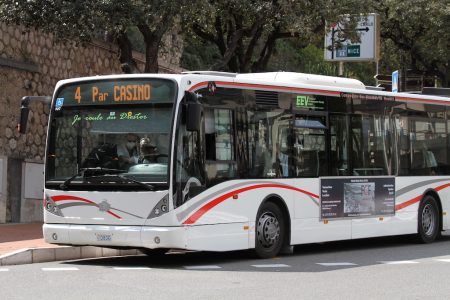