Inauguration of the Agora 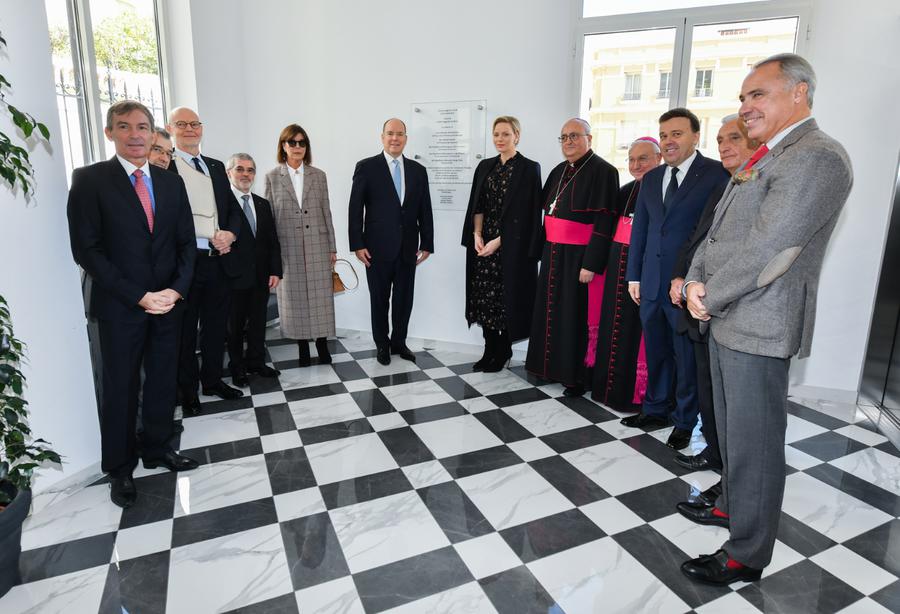 A new cultural venue of the diocese in the Principality, the Agora was inaugurated this weekend by S.A.S. Prince Albert II, accompanied by S.A.S Princess Charlene, S.A.R the Princess of Hanover, in the presence of Mrg Bernard Barsi, Archbishop of Monaco, S.E.M. Serge Telle, Minister of State, Mr. Patrice Cellario, Government Counselor-Minister of the Interior and Mr. Didier Gamerdinger, Government Counselor-Minister of Social Affairs and Health.

Located in the heart of the Principality, above the Boulevard Princesse Charlotte, the Agora was designed and built to accommodate the entire Diocese.

Spread out over 1,800 m2 of premises, the building contains a chapel with 30 seats, 5 rooms that can accommodate 8 to 130 people, 9 offices, a library, an archive room and two bedrooms. 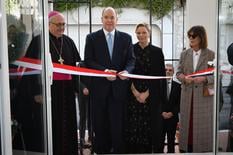 “This is a day of joy and happiness because he sees the culmination of years of effort […] The Agora is to meet the needs of the 21st century. This house of God will be open to everyone, whether Christian or not, practising or not,” said Bishop Barsi during his inaugural address.