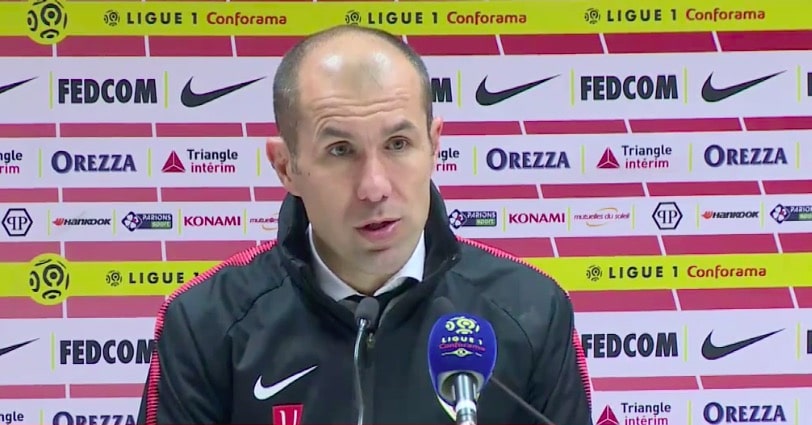 Leonardo Jardim appeared for a press conference before AS Monaco’s home game against Lyon tonight. He issued comments referring to Genesio’s group, Gelsons Martins, and the arrival of new General Director Oleg Petrov.

When asked about Sunday’s upcoming clash with OL (26th matchday of Ligue 1), Leonardo Jardim did not withhold praise for his adversaries: “Lyon is a high-quality team. Everyone knows what they are capable of against the big teams. We need to stay focused. We are motivated to play a great match, and we have the ambition necessary to win it. We want to show that we are able to get out of the red zone. Just like the best teams in the league, we need to secure as many points as possible.”

He went on to discuss his group, including winter recruit Gelson Martins. Having joined the team during the most recent transfer window, the Portuguese winger has already displayed his ability to affect matches in a positive way for the Rock’s squad. The player, on loan from Atletico until the end of the season, quickly revealed that he would be an indispensable element to the Monegasque group:

“Gelson Martins brings in a good offensive dynamic. He is fast and technical with the ball. He surprised many people who saw him as a player who played little. But he is a player who has always worked hard to succeed. Today he has the opportunity to show all of his talents.”

Adding also: “The club has done a great job with new recruits who bring more balance to our workforce,” and also noted that each player will have to demonstrate all of their qualities in order to maintain their spot on the field:

“I am establishing internal competition. Players must seize their opportunity. They have to stay in shape, that’s the most important thing. Even if some play less, they will also have their moment. “

“I hope he will help us continue to progress,” Jardim commented on the arrival of new club number 2, Oleg Petrov

Invited to comment on the arrival of Oleg Petrov, the new General Director of AS Monaco who was officially presented this Friday, Jardim said he had already taken a moment to chat withVasilyev’s successor  earlier in the week:

“I have already spoken with him this week. Our challenge is one of success. I hope he will help us to continue progress. Our goal, since I returned, is to have success in the final leg of our season, to remain outside of the red zone and earn the maximum amount of points in order to remain in Ligue 1 next season (…) He is the leader and I am the coach. We will work together. The club has shown that it counts on me and my job.”